William Dart celebrates the welcome return of two much-missed local musicians: Scott Mannion with his glockenspiels chiming undimmed, and Caroline Easther in an album with just the right title: Lucky. 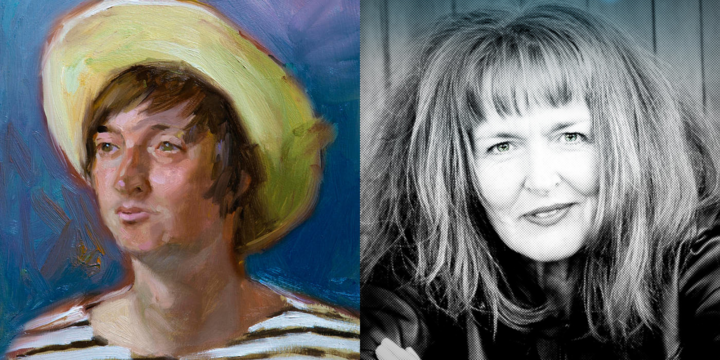 The humble glockenspiel has had its moments of orchestral glory, many thanks to Gustav Mahler, but to many it’s an instrument of classroom music making, not a surefire path to everyone’s heart.

Things took a turn for the better in 2002 when Scott Mannion and Jonathan Bree set up their Lil’ Chief Label.

The gentle glockenspiel became almost a symbol of resistance against the raw guitar grunge of bands such as The D4 and The Datsuns. And so, from the beginning, it’s liquid tintinnabulation permeated the music of both Bree’s and Mannion’s groups — The Brunettes and The Tokey Tones.

When The Tokey Tones gave us their two-minute slice of ‘Bedroom Exotica’, the glockenspiel was the musical icing on a scrumptious trilling cake, brilliantly contriving to be both lush and bijou at the same time.

Scott Mannion hasn’t lived in New Zealand for some years, emigrating to Europe soon after The Tokey Tones released their two 2003 albums, Butterfly and Caterpillar.

Perhaps he heeded the sighs of fans from two oceans away and, in 2017, we were given a Scott Mannion single, titled ‘Your Kinda Love’.

With his old Lil’ Chief cohorts on board such as Jonathan Bree and James Milne, it set up its own Glockenspiel Glade. It sounded as if an octogenarian Ennio Morricone had come down to the South Pacific and was writing a theme song for a long-lost Mario Bava movie. Featuring Mannion in a luxuriously lounging duet with Clara Viñals.

‘Your Kinda Love’ and two subsequent singles now have a home on a new Scott Mannion album titled Loving Echoes.

It’s a welcome trip back to those sun-dazed days when Mannion and others were suggesting it was time for a Kiwi Pop and Psychedelic Renaissance.

There’s nothing to do but submit and, in the words of Donovan, wear your love like Heaven. Or maybe I could evoke Brian Wilson, who always coloured in childlike innocence with such a gorgeous paintbox.

Wilson and the Beach Boys are remembered in the palmy late 60s, amongst other things, for their 1968 single ‘Do it Again’. Mannion takes this to the next step, with the song titled ‘Do it for you’ and it’s unruffled pop of disarming and deceptive simplicity.

The soundworld of Scott Mannion’s new album was created in studios all over the globe, from Oslo and Swansea to Auckland. And one song uses all the sonic resources at hand — including spurts of field recording — to prove that pop needn’t be sunny all the time.

Darkness lingers over ‘We Should Never Forget How This Started’ with its talk of guns and killing. And Mannion concocts an almost orchestral menace behind it, set in a lounge occupied by a leopard rather than a lizard.

Another welcome return is Wellington’s Caroline Easther, a voice that for me is forever linked with the joyous pop of the group Let’s Planet, here in 1993.

Caroline Easther, like Mo Tucker of The Velvet Underground, is remembered by many as the drummer of the group but she was more than that. She’s talked of buying her first drum kit during a school-teaching stint in Hāwera in the 1980s, but she can draw on a range of versatile instrumental skills that date from girlhood – a range that even includes viola, which she picked up for the group’s very first outing in 1990.

But it was Easther’s percussive prowess that had seen her joining The Chills for their first album Brave Words in 1987. And she was very much part of the group’s sound.

Who could forget the eruption that burst forth from her drumkit in the song 'Ghosts'? Going on to underscore its obsessional jig, laced with Andrew Todd’s keyboard curlicues and songwriter Martin Phillipps in ookey-spookey mode?

It’s impossible not to warm to the title of Caroline Easther’s new solo album, Lucky.

Lucky is an understatement for the life that so many of us are able to pursue in this part of the world and Easther admits that it pretty much sums her life and career, right through to her current music making with the all-male Cinnamon Girls.

She’s taken her time to get this project together and is quick to acknowledge the input of David Long as producer, a man whose own music defies categorisation, from his early days as a Mutton Bird to high-atmopshere soundtracks that include his prize-winning Beyond the Edge.

Long brings the same intensity, without orchestral roars, to an Easther song that’s been one of my favourites since I first heard it back in 1998, delivered by Let’s Planet.  You can catch Easther singing ‘No Ordinary Day’ online, with just guitar and you’ll be struck by the expressive moulding and pliancy of its melodic arches. Now, from its early crunch of guitars to that ghostly reverb on shifting and sinking chords, it blooms as never before.

As a bit of a stickler for songcraft, I’m fascinated by how Caroline Easther puts a song together.

It can be a bit of an adventure, disorientating even, as we slip and slide in unexpected directions along the way. There’s the perfect example of this in the track ‘Anything for You’, in which a two-chord Velvet Underground stroll is harmonically abducted as if by a pirate troubadour.

One of the most personal tracks on Caroline Easther’s new album — amongst a set that she sees as a collection of observations from life around her — is ‘Meg’s Song’.

It’s dedicated to her daughter, now in her early 20s, the same Meg, I’m presuming, that Let’s Planet dedicated their La Gloria album to.

It’s not a new song, Easther tells me, but was written ten or so years ago, and the passing of time has added to its power.

It’s fetchingly tinted with David Long’s banjo and Easther’s own recorders, instruments which, like Scott Mannion’s glockenspiels, catch those magical times before adulthood took over our lives.

Only one song on Caroline Easther’s Lucky album is not her own, and it’s a classic — Hank Williams’ ‘I’m so lonesome I could cry’.

As a song it somehow manages to hold abject sentimentality at bay, and it’s just right for celebrating a long friendship and musical partnership with Barry Saunders, from those days when she laid her distinctive beats behind The Warratahs.

Saunders is top man in the duet, right through to its final octave-dropping sigh, but I wouldn’t mind betting that it was Easther behind the song’s harmonic shifts and turns, not to mention its delicate banjo shadings.

'Do It For You' (Mannion) – Scott Mannion
Loving Echoes
(Lil’ Chief)

'The Only One' (Easther) – Let’s Planet
Favours
(Pagan)

'Anything for You' (Easther) – Caroline Easther
Lucky
(Self-released)