Tom Petty: An American Treasure is the title of a tribute box set of CDs released last year by Reprise Records following the death of Petty in October 2017. William Dart reflects on some of the treasures left behind by this great songwriter. 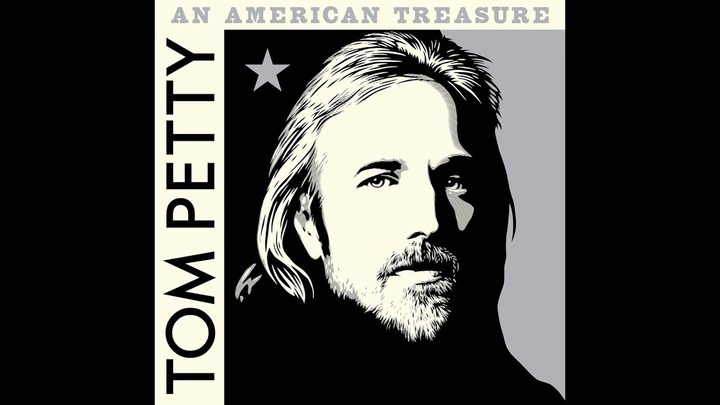 How many of us have a piece of music that’s irrevocably locked into our past times?

There was a lot going on for me in 1996, and Tom Petty’s "Walls" somehow catches the glow and the gloom of it. (Glow, I must say, is what I best remember from back then.)

But, when the American songwriter passed away, unexpectedly in October 2017, that song was once again in my mind and on my turntable.

And, although I’d kept up with the flow of Tom Petty albums since 1976, I also pulled out the six CDs of Playback, a generous compendium of his music that came out in 1995, to remind me of what a skillful songwriter he was, a man who knew how to write music without ostentation and, with the virtue of compositional economy, always making so much out of so little.

Just weeks ago, I posed a question to my producer as to what makes Tom Petty’s songcraft so distinctive. It was a matter of having the right notes at the right time was his response. And what an enviable talent that is.

That 1995 boxed set reminded me of just this, when I picked out a humble B-sider — the song "Casa Dega", which was what you got if you flipped over your 45 single of "Don’t do me like that".

Petty might casually describe it as a tribute to a Florida town of fortune-tellers, not too far from where he was born. But the mysterious organ of Benmont Tench and Mike Campbell’s chiming guitars suggest that all might not be quite as it seems.

While the six CDs of Playback took me up to just 1995, a new four-disc tribute, titled Tom Petty: An American Treasure brings us more or less up to date.

Its 63 tracks extend to 2016 and it offers the opportunity for a bit of rock 'n' roll archeology.

The song "You’re gonna get it" was the most successful charter from Petty and his Heartbreakers’ second album in 1978. It was a set that Rolling Stone commended for mining the obsessions and quirks beneath the sentimental conventions of seventies pop.

Back then, put more simply, a song like this was a call to get the body moving with an opening that launches with the punch and drive of Hemmingway prose.

But, here’s where archeology comes in. Somewhere in the vaults lay another mix of this number in which some strings were given more of a share of the playground.

They sign the song off after the band has stepped aside. And there’s a marvellous moment in the first instrumental, a battle of the strings, in which violins thrust and parry with guitars. All with the bristle of a backwoods hoe-down.

Another rescued song is "Surrender", recorded in 1976 and intended for the first album but unceremoniously dumped.

Perhaps it echoed the world of The Byrds too closely for comfort, guitarist Mike Campbell has suggested, even if, with all its bumps, it does catch the spirit of not only the song, but of a new, young band discovering itself.

One of the musical pleasures for me is hearing how these musicians toy with the potential harness of a four chord, R&B template.

Tom Petty and his musicians wind themselves so effortlessly and inventively around little more than three pitches through the chorus and beyond. Petty’s always been a man who doesn’t mince his notes and, in the end, obsessive patterns have not gone away but somehow come together in their own muscular romance.

There are more revelations when the new Tom Petty collection surveys the 80s.

We’re reminded of the problems that he and his band experienced, settling on a sound for the song "Rebels", which opened 1985’s Southern Accents.

And there’s a glimpse of the man himself in the few tender minutes of "Alright for Now", written in 1989 for his youngest daughter Annakim.

Likened to an existential lullaby by one of his bandmates, its phrases recall, perhaps, sleepsongs of our own childhood. And when Petty multi-tracks his voice, it’s like having a circle of caring fathers on watch duty.

One 1984 duet with Stevie Nicks won’t be a surprise to those who know the 1995 Playback box set.

When it was aired back then it came with a backstory of Nicks drifting over to Petty’s house, being wowed by a fresh and rough demo of "The Apartment Song", learning it from a ghetto blaster and then recording it with him when the band arrived.

A projected follow-up, perhaps, to their 1981 hit, "Stop dragging my heart around".

It proved to be a seed for something else — the Cajun-fired number that would appear on the 1988 album Full Moon Fever. But it all started with an amiable domestic throw-together.

One missed opportunity of the new American Treasure set is its reluctance to give us the one non-album single released while Tom Petty was still with us.  And it’s not included either amongst the 38 tracks of the new two-album best of collection.

When it appeared in June 2015, "Somewhere under Heaven" was touted as a preview of more to come in the form of an expanded edition of Petty’s 1994 solo album Wildflowers — a release that was brutally cut down to a single disc at the time. The shunted songs did trickle out, however, and once again they revealed just how much this man could get out of so little.

"Somewhere under Heaven" was and is an indubitably major Petty song, contemplating states of innocence and experience through the character of the dancing Jenny.

It comes with grand and primal launch. For 30 seconds we’re given a flourish on the one chord, with punctuating unions and drums, creating its own prairie-like spaciousness for the song that follows.