The Songs of Al Park 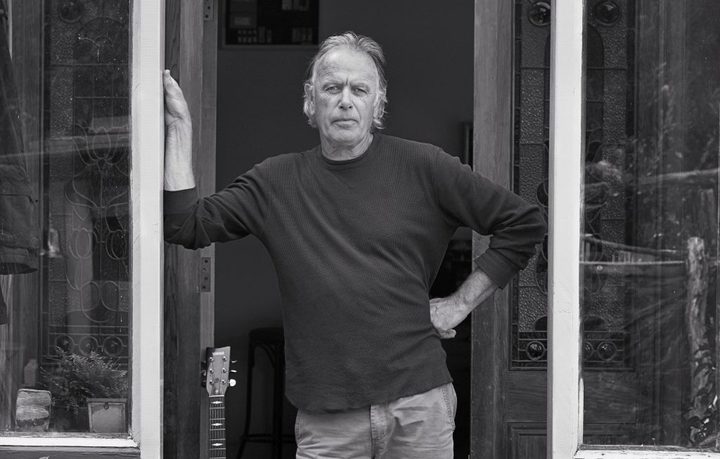 Much of the music dear to my heart attracts smaller-than-stadium-sized audiences – folks who practice appreciation on the devotee level.

Such events take place in a diversity of venues: from pubs and clubs to village halls and city squares.

Such a concert took place last week, in the Christchurch suburb of Woolston, when Blue Smoke, one of the city’s classiest intimate music spaces, hosted a tribute to Garden City songwriter Al Park.

A group of Park’s friends and colleagues sang his music as they do on a just-released tribute album, titled Better Already: The Songs of Al Park.

It’s a much-appreciated release as there could be more such tributes to our local songsmiths.

The last one to cross my desk was eight years ago when 11 singers and bands got together to take on a track from Anika Moa’s album Love in Motion.

Love in Motion remains one of Moa’s finest moments as a songwriter, years before she became the media star on various small screens.

Artists from Cairo Knife Fight and Dictaphone Blues to Julia Deans and Ed Cake did her proud.

The man of the moment when it comes to tribute albums is Al Park - a figure who’s been a considerable force on Christchurch’s music scene since the seventies.

Putting the man in the context due to him, I wasn’t able to get hold of any of his earliest recordings with the band Vapour and the Trails, but a 1986 EP by Louie and the Hotsticks titled Stickability did come to the surface.

At a time when Auckland band Peking Man was edging the internationals off the chart, and Dave Dobbyn was contemplating slices of heaven with Herbs, Louie and the Hotsticks delivered it light and catchy, Helen Mulholland and the band making it sound as if the party could well go on forever.

We shouldn’t be surprised, with all the party spirits that Louie and the Hotsticks dispensed, that the man has a laconic line in humour.

A dry observational wit that, for me, connects him to the likes of Barry Crump, John Clarke and songwriters, Peter Cape and Ken Avery.

Tracking the music of Al Park, it’s impossible to ignore the mana of this man in his home territory, where he’s been a support and mentor for Christchurch and Lyttelton musicians for four decades.

From the days when he was the bar manager at Christchurch’s legendary Mollett Street, jumping on stage to restring David Kilgour’s guitar, to the years in which his own Al’s Bar in Lyttelton was a focal point for the musical community of the town and beyond.

The musicians you can hear on the new tribute album have shared stages with him, in the case of Helen Mulholland, and benefitted from his advice and guidance, notably Delaney Davidson.

"What hasn’t the man done", liner notes ask us ... from pushing shows, judging song competitions, vibing up gigs at the door, working in record shops and running a tight gig schedule that would make most youngsters dizzy.

All this as well as the constant writing of songs.

The two men go back to the 1980s and Luck’s Dance Exponents days, when Park played a pimp in the video for the 1983 song Victoria.

Lyttleton poet Ben Brown has provided lyrics for the song "I walked away" and it’s primal stuff, in both emotions and delivery,  re-channelling Piaf’s regrets and Aznavour doing it his way, against the grungy grate of guitar.

I have two favourite tracks on the album.

The first is by the extraordinary Anthea Struthers who, a few years ago, was immortalized in oils as The Vicar’s Daughter by artist Julia Holden.

Struthers lavishes her rich mezzo, with shades of Judy Henske, on the ballad 'Running Away From a Broken Heart', Park’s response to the devastation caused by the 2011 Christchurch quakes. And it’s a goose-bumper.

So too is Delaney Davidson’s 'Blue Afternoon'.

It’s more soul than country this one, more chiseled Burt Bacharach than the untrammeled Aretha, Marvin or Stevie.

Set against the hollow clatter of percussion, chiming piano and splash of cymbal, Davidson lays it out, making every inflection count and tell, as do the wisps and whispers passed around the band.

If you're a regular to this page, you'll notice a lack of embedded videos or audio links ... that's because there's very little available online. So you'll have to click 'Listen' above for the whole programme. Happy listening.

'Living on my heart' (Park) – Louie and the Hotsticks
Stickability
(Radar)

'The Vauxhalls Song' (Park) – Louie and the Hotsticks
Stickability
(Radar)