William Dart takes a stroll on the sunny side, featuring new releases with some happiness-inducing music from NRBQ, Eels, Stephen Malkmus, and Jack White. 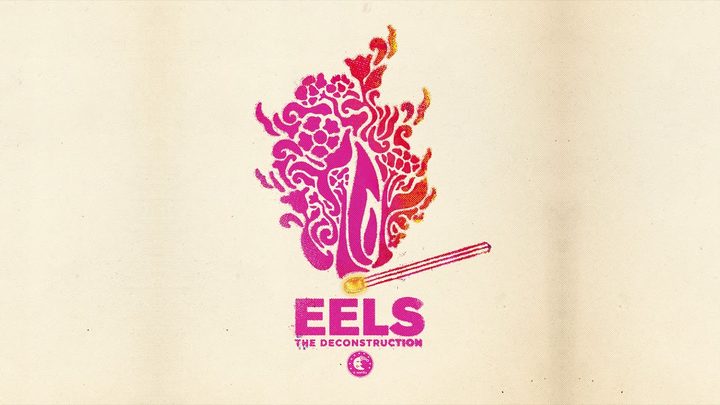 Winter may be on its inevitable way, but I’m determined to stay on the sunny side and be rigorously happy, taking my cue from Juanita Hall singing this spirits-raiser from Rodgers and Hammerstein’s South Pacific. It may be just a little too cute for some and rattle a few PC meters in some quarters, with its faux-Pidjin English lyrics. But the message is clear and human.

'Happy Talk' is a boost of a finale for a new EP from NRBQ, a band that has been brightening its fans’ lives and lifting their spirits for just over half a century. They’re well-nigh impossible to lock into any style corral.  I first met up with them bopping the blues with Carl Perkins in 1970 and, just three years ago, they were swinging into Thelonious Monk.

While the original Rodgers and Hammerstein musical is not specific about its South Pacific location, NRBQ takes it into Indonesian territory..

Mark Oliver Everett of Eels is a man whom one’s always wanted to clutch in a hearty bear hug and coax onto the sunnier side of the street. Ever since that 1996 album Beautiful Freak, and the song "Susan's House", with its grim verses cataloguing desperate lives leavened by choruses that offered a taste of honeyed salvation.

Mark Everett would establish himself as one of rock’s notable melancholics, culminating in 2014’s The Cautionary Tales of Mark Oliver Everett. But here, despite the collection’s tough and testing outpourings, there is a ray of hope in its final song, when he proposes a toast to a life that hadn’t always been that bad.

Now, three years later, Eels’ just-released The Deconstruction album comes up with few more hints of a new positivity. The world is a mess, Everett tells us, and what he is doing is just music. Music by someone who tends to believe that chance starts in your own backyard.

There’s cautious optimism here, from a man who goes on to admit that life’s a bit like a Roger Miller song that he admires. You can’t roller skate in a buffalo herd but you can be happy if you’ve a mind to. And while he’s outlining his deconstructionist philosophy in the title song, there’s the usual jewel-box of sonic frills and finery to illuminate the journey.

Stephen Malkmus’s music has always had a winning lightness, from way back in the early days of his first band, Pavement. And so many of the Malkmus songs that I’ve played on this programme over the years retain this quality, from “Trojan Curfew” off his very first solo album in 2001 to the gentle hum of "We Can't Help You" from Real Emotional Trash seven years later. And by 2014’s Wigout at Jagbags, lightness had turned into to downright rib-tickling.

It’s not that Malkmus can’t show serious intent. He does, both musically in the prog rock brilliance of 2003’s Pig Lib and in his lyrics, with their many wry dissections of the very soul of an indie musician. Yet lightness is never forfeited and it’s significant that his upcoming album is titled, rather edgily, Sparkle Hard.

A single has been leaked out to whet out appetites. The song "Middle America" is a gently seditious attack on the complacency of our times, all wrapped up with the sweetest hooks and a beguiling strum. Inspired no doubt by our global winter of discontent, it has all the Malkmus detailing one cherishes, from likening the colour of a blush to a brand cough syrup through to a heart-stopping segue from verse to chorus.

If Stephen Malkmus deals out an art that conceals art, Jack White is the rock equivalent of a demonic piano virtuoso from the nineteenth century.

The ever-unpredictable White was rather given to flexing his musical muscles back in the days of the duo, The White Stripes, literally ripping into the elegant melancholy of this Bacharach standard.

Jack White’s new, third, solo album, Boarding House Reach, has critics analyzing its crazy quilt of styles and searching for the soul of the man who’s behind the musical zigzagging. From slices of funk-laden groove to groggy piano ballads, it’s a musical compendium without an index.

One track has been generally ignored, perhaps for venturing a little too far beyond the musical pale. As someone who searches out the indignities foisted on classical music by jazz, rock and pop musicians, I couldn’t resist White’s closing tribute to the Czech composer Dvorak.

He doesn’t quite combine the tune of Dvorak's Humoresque with The Blue Bells of Scotland — which was an old party trick of my fiddler grandmother — but, dispensing the kitschest of lyrics in the frailest of voices, he allows us the pleasure of a smirk.

Listen to all these tracks and more by clicking on the "Listen" link at the top of the page.