New Horizons: Versions of 'Walk On By' by Kramer and others

William Dart spends the first half of the programme on a digression about Burt Bacharach's "Walk On By", before getting around to looking at the musician called Kramer and his new album of Brill Building covers. 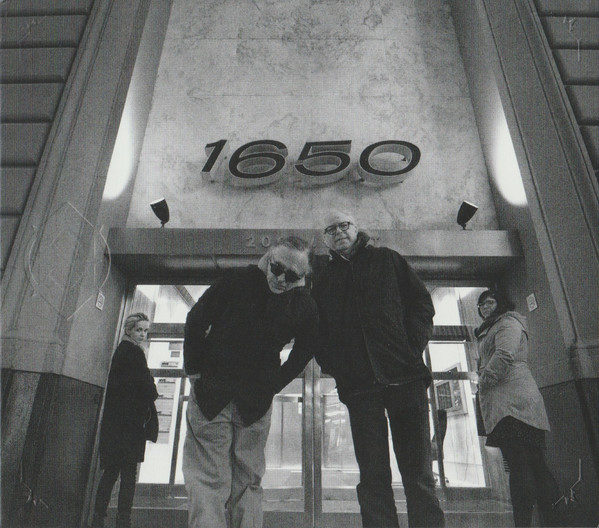 Kramer (first name Mark) is one of music's indefinables. His various activities do many things for many listeners.

For some, he was the founder of the legendary, but now defunct, Shimmy Disc label, which housed artists and groups such as Shockabilly, King Missile and Daniel Johnston, not to mention Kramer's own group Bongwater.

Bongwater was centred around a partnership with Ann Magnuson, but he's hooked up with many others over the years for collaborations: Daevid Allen of Gong, Hugh Hopper of Soft Machine, and John Hall of King Missile among others.

Of his five solo albums, the latest two are devoted to a revisioning of the heydays of the Brill Building songwriting factory - the Manhattan location occupied by the likes of Neil Diamond, Gerry Goffin, Carole King, Doc Pomus, and Mort Shuman.

Kramer also contributed to a project of John Zorn's on his Tzadik label which paid tribute to the songs of Burt Bacharach. Kramer covered one of Bacharach's best: 'Walk On By'. So the first part of the programme digresses with a short exploration of a few other versions of this classic.

What about this video though, produced way before music videos became a thing? Some thorny cultural aspects to unpack here I'm afraid.

How could anyone put aside the divine Dionne for this artificially funked-up version?

Smokey gives a virtuoso vocal performance, delivered with just the right degree of sobbing vibrato and, here and there, the telling touch of a tear-like tinkle of tiny cymbals.

By comparison, Tormé is super suave with little emotional engagement. In fact, by the end of the song, he sounds positively heartless.

In order to cater to all tastes, check out these guys who turn it into a psychedelic symphony.

It opens in what sounds like Schoenberg Forest and there's a hint of Bernard Herrmann's Psycho violins when Anita Harris starts singing, but this is one classy arrangement and her vocal is up there with the best.

And so we get to Kramer, who, while he can't foot it with the best of the singers, creates an intricately-detailed production.

Bongwater - a collaboration between Kramer and performance artist Ann Magnuson - was active from 1985 to 1992.

Their complete recordings appear in the Box of Bongwater. It's a pretty wild few hours of listening with such tantalisingly-titled tracks as 'Ride My Seesaw', 'Dazed and Chinese', 'Psychedelic Sewing Room', 'Ill Fated Lovers Go Time Tripping', and this dream-inspired tale of being trapped in a pool at a 'Decadent Iranian County Club'.

But his methods - sometimes scalpel, sometimes baseball bat - are fascinating and his musicianship is unquestionable.

Not many of these songs have been loaded up to YouTube, so do listen to the complete programme from the link above.

'Walk on By' (Bacharach/ David) – Average White Band
Pick Up the Pieces, And Other Hits
(Flashback)