After announcing the demise of its own print version earlier last year to go fully digital, the local magazine NZ Musician reappeared on the streets with a December/January edition. A fan of paper, William Dart celebrates by featuring a number of the local albums reviewed in its 'Fresh Cut' section. 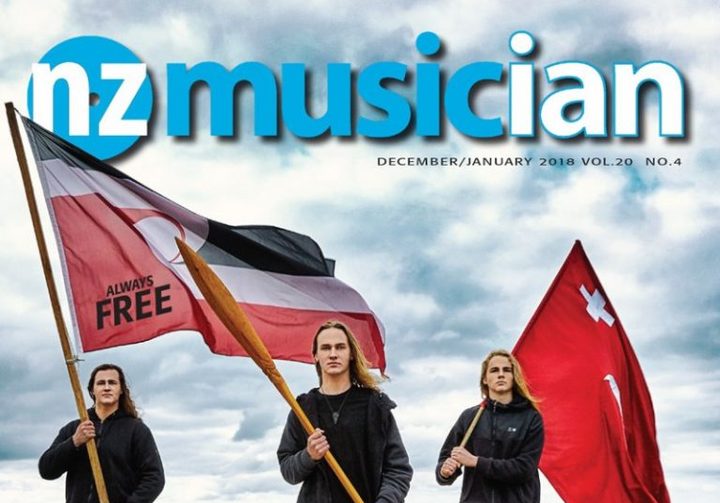 The band on the cover of the special print edition of NZ Musician is Northand's  Alien Weaponry, but they're not included in the mag's new music section 'Fresh Cut' - we've got a few weeks to wait before their debut arrives. But here are seven tracks from five equally as exciting New Zealand artists who featured in the mag, and have recently released albums or EPs.

Lost Demos have the musical presence to make a live performance at Huia sound like it's happening in a big town stadium. There's an agreeably sturdy musical architecture behind 'Swipe Your Card' and they do manage a pretty impressive Kiwi rendering of the Phil Spector soundwall.

Ciaran McMeeken's new self-titled album is a winner ... recorded in London, live, with a cracker of a band.  McMeeken’s songs tell stories and do so with a nice sense of the hip and the funny.

Cooling down with a move to the soulful ballads of Christchurch singer, Theia.

The subject of Theia’s Champagne Supernova is more than a little bleak. Although the song shares its title with the Oasis song, the singer here claims that her inspiration came from Maureen Callahan’s book about fashion renegades of the 90s such as Kate Moss and Alexander McQueen.

But, even as deadly cocktails are sipped, there’s no denying the wondrous weave of vocals and electronics that producer Josh Fountain casts around her.

The two brothers’ second release poco was one of the brighter indie excursions of 2012.

From that set was 'Best way to be', a charmingly casual waltz. But don’t try to dance to it, just in case you trip on the occasional shift to 5/4 in the breaks.

The Meechs’ 'Diving Bell', from the new release Brown Owl, is a strange little piece, more psychological than bathyspheric.

At one point the brothers casually refer to the limitations of a four-track recording, but they use meagre resources to fuel a song that could be positively anthemic. They sing about strange things going on in the long grass and there’s some delightful weirdness lurking in the song itself.

The Bing Turkby Ensemble is a splendidly monikered triumvirate hailing from Turakina, keeping up the Manawatu’s proud tradition of musical adventurers.

7. The Bing Turkby Ensemble - 'I Talked About Guitars'

The Ensemble’s latest CD, Atlantean Night Tourists comes up with 35 minutes of musical revelry of unflagging energy and bristling invention. Humour can be an elusive quality in music. We could do with more of it, in both the rock and classical fields. It’s good to hear Bing Turkby and his group doing its darnedest to put that right.