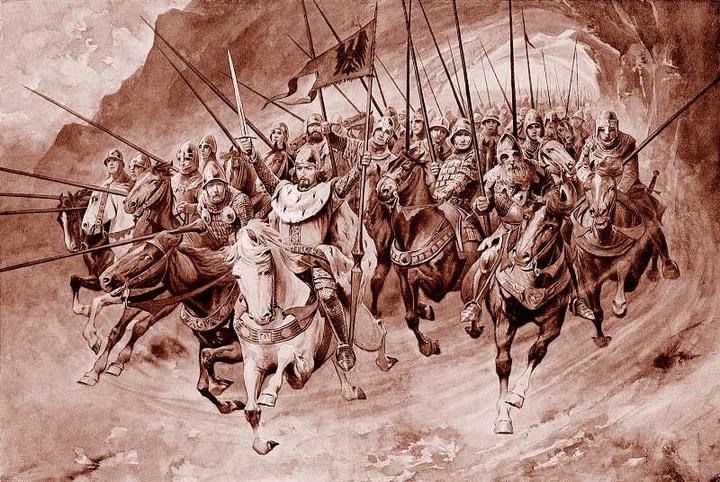 Má Vlast (My Fatherland) by Bedřich Smetana is cycle of six symphonic poems that describe the sights and sounds of Smetana’s native Bohemia along with famous military victories in Czech history.

Depicted in the final movement, Blaník, is the mountain where the warriors, led by St Wenceslas, sleep until the day when they might again be summoned to rally and defend their people in time of need.

The piece begins with the same motif that ends 'Tábor'. A pastoral interlude describes the scenery, including a shepherd-boy's pipe. Then, in response to the people's suffering, the knights emerge with a new joyous hymn to triumph and restore peace.

The Hussite hymn merges with the opening motif from the first movement of the cycle, Vyšehrad,  thundering out as Smetana's review of the history, character, land, pride and aspirations of the entire Czech people reaches the work’s victorious conclusion, pointing the nation toward the glorious future Queen Libuše had foretold at the first flowering of its culture.

Other works in the cycle:

From Bohemia's Woods and Fields