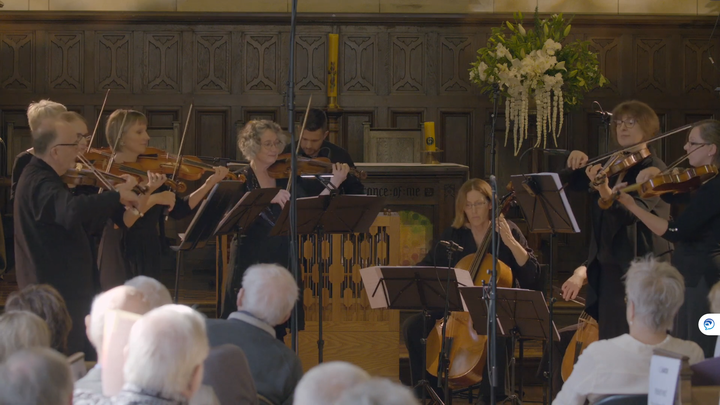 The concertos with a solo instrument by Vivaldi are reasonably well-known – especially the four violin concertos of The Four Seasons, of course.

Less well-known perhaps are his concertos for strings alone without soloist: so-called 'ripieno' concertos. In baroque music, ripieno (Italian for 'stuffing' or 'padding') designated the body of instrumentalists in an ensemble who didn't play any of the solo roles.

In Vivaldi's scores or in the original publications, these works are sometimes titled 'sinfonia'. They are among the early examples of the form that would become the symphony in due course.

Vivaldi wrote over 50 of them.

This particular one was also used – with a few changes – as the overture for his serenata (or mini-opera), La Senna festeggiante.