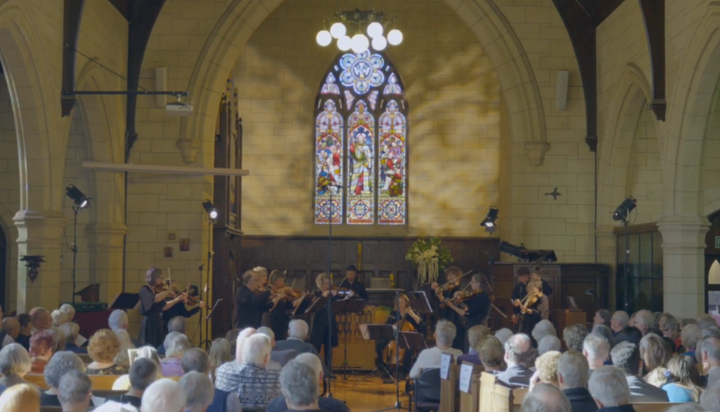 Arcangelo Corelli was based in Rome and according to the Grove Dictionary of Music, “despite the modest size of his output”, he “exercised an unparalleled influence during his lifetime and for a long time afterwards.”

It’s thought that he wrote his twelve Concerti Grossi of Op 6 during the 1680s. They were not published until after his death, but then they were published and republished many times over. In England they became classics and apparently were even preferred to Handel’s Concerti Grossi. Handel had taken Corelli as his model.