Each season the APO teams up with a New Zealand pop music artist for a crossover concert. This time it's with neo-soul musician Louis Baker.

In 2019, Baker was nominated at the Taite Music Prize for Best Album, and at the Aotearoa Music Awards for Best Soul and Best Māori Artist.

For this concert he brought his band with him, which is arrayed around him in a semi-circle. Members of the band are:

And then there's the whole orchestra of 64 players wrapped around the band!

The Auckland Town Hall stage is packed to the brim. They’re all conducted by Hamish McKeich.

The orchestrations for this concert were especially written by NZ composer Mahuia Bridgman-Cooper.

Recorded on 11 February 2021 in Auckland Town Hall by RNZ 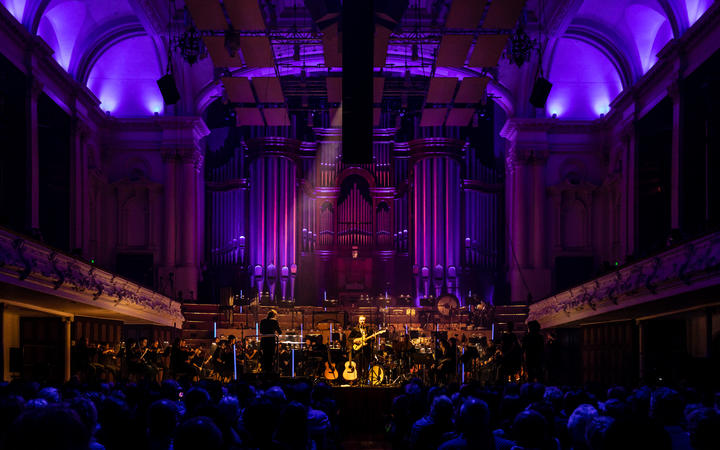