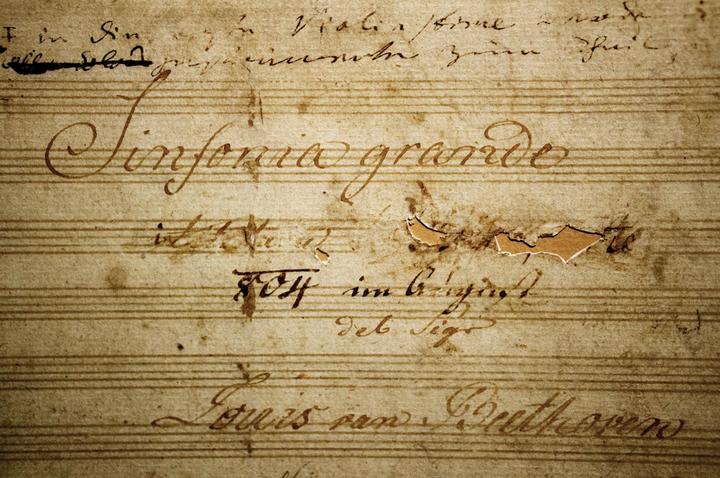 Beethoven began composing his third symphony, the “Eroica”, soon after Symphony No. 2. He completed it in early 1804, and the first public performance was on 7 April 1805 in Vienna.

This is on an entirely different scale from the first two symphonies: indeed it’s about as long as both of them put together, not to mention the grandeur and breadth of its scope. It marks the beginning of Beethoven’s so-called “middle period” and some music historians see it as the first Romantic symphony.

It’s well known that Beethoven’s original plan was to dedicate this “Heroic” symphony to Napoleon Bonaparte, but when he heard that Napoleon had taken on the title of “Emperor” he furiously tore up the title-page of his original manuscript, and on another copy he so vehemently scratched out the name that he tore a hole in the paper.

This famous piece needs little else by way of introduction. Four movements: an allegro, the famous funeral march, a scherzo, and a finale which is a set of variations.