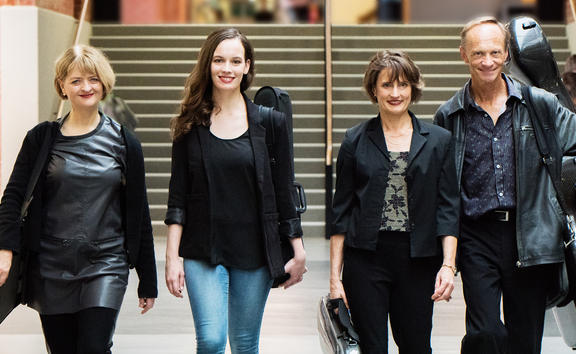 Commonly known as the father of the symphony, Haydn’s contribution to the string quartet genre is equally impressive. He composed around 70 string quartets which spurred many of his contemporaries to compose them too - his student Mozart included.

After a decade-long break from composing string quartets, Haydn returned to the genre in a big way in 1781 with his spirited and stylish Opus 33 – a set of six quartets, and this is the fifth of those.

In the nineteenth century this quartet earned the nickname ‘How Do You Do?’.

The reason was the short ascending four-note sequence in the opening which sounds like the musical equivalent of curtseying or bowing to your dance partner before you begin.