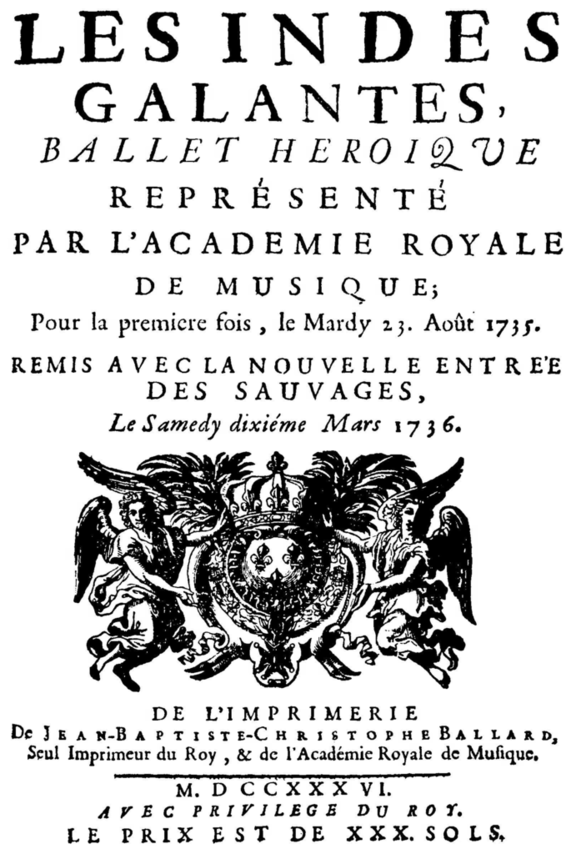 Jean-Philippe Rameau composed his opera-ballet Les Indes Galantes in 1735 for a performance at the Palais-Royal in Paris.

The title translates as “The Gallant” or “Amorous Indies”.

After a prologue, there are four acts in the opera and each has a separate plot with different characters. But they are linked in that they all have as their theme love in an exotic place: Turkey, Peru, Persia and North America.

In this selection of scenes from the various acts, we start with the Incas in their devotion to the sun and end with the two North American Indian lovers Adario and Zima taking a peace pipe with the two European characters who’d tried to win the heart of Zima.