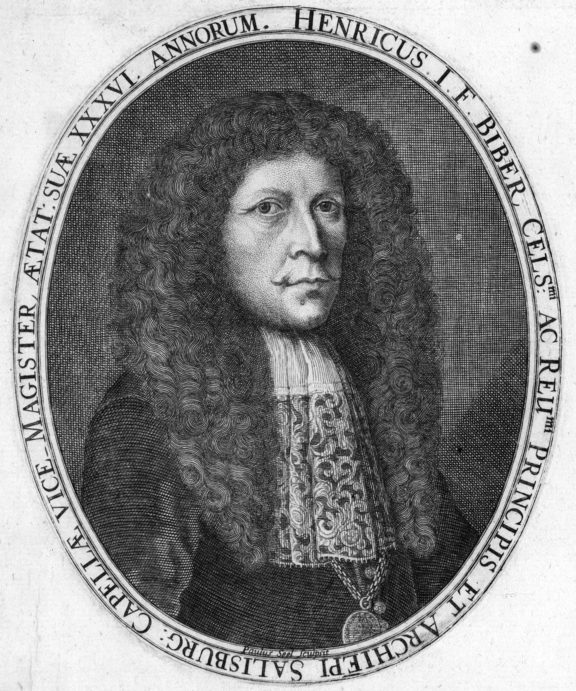 In this astonishing piece written for a pantomime during the 1673 Carnival season in Salzburg, Biber uses several – for the time – radical techniques in order to depict aspects of war.

In the first movement, the players are instructed to play col legno – using the bow upside-down, hitting the strings with the wood.

In the second movement, we hear a bunch of drunk soldiers, each singing their folksongs in different keys – it sounds like chaos.

In the fourth, a march, the bass player Eric Scholes threads some paper between his strings to imitate a field drum.

The seventh movement, titled ‘The fight’, contains snap pizzicato (where the players pull the strings and release them so they rebound violently against the fingerboard) to emulate gunfire.

And we end with ‘The Lament of the Wounded’.