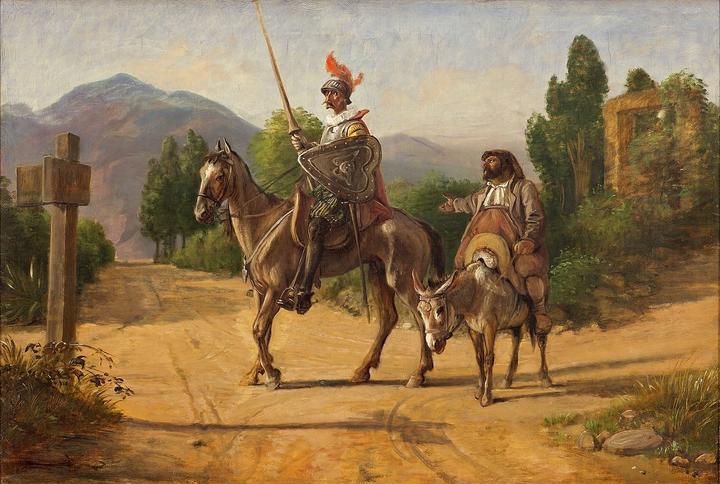 The Don Quixote Burlesque Suite was written by Georg Telemann late in his life when he was 80.

In the suite, Telemann depicts scenes from Miguel Cervantes’ humorous book about the deluded nobleman who thinks he’s a knight-errant.

After a mock-heroic overture, we have movements on the Awakening of Don Quixote, His Attack on the Windmills, Amorous Sighs for Princess Dulcinea, Sancho Panza Mocked, The Galloping of Quixote’s Horse Rosinante and Panza’s donkey, and finally Quixote at Rest.