Inspired by the melancholic contemplation of the transience of existence. 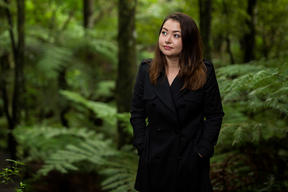 Mono No Aware is a Japanese concept that refers to the transience of existence and the melancholic appreciation that accompanies that.

New Zealand composer Salina Fisher took inspiration from the concept in response to a commission from Chamber Music New Zealand for a work especially for this concert.