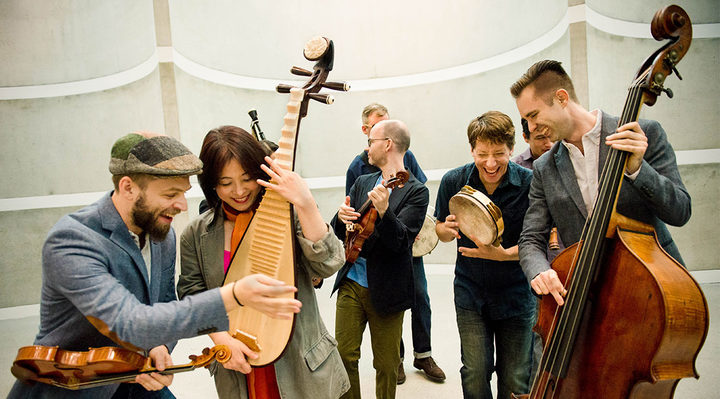 The Silkroad Ensemble is a group founded by cellist Yo-Yo Ma in 1998. His vision was a group of musicians brought together from diverse cultures in an attempt to create “a new artistic idiom, a musical language founded in difference.”

The original inspiration was the Silk Road – the ancient network of trade routes from the east to the west, and the many musical cultures across Eurasia.

Nowadays, they expand their world to include influences from musics far beyond that area.

The group has a fluid and flexible membership and for this concert in Auckland, the ensemble consists of two of the co-artistic directors: bass player Jeffrey Beecher and percussionist Shane Shanahan, along with Cristina Pato on Galician bagpipes and piano, singer Nora Fischer, violist Mario Gotoh, tabla player Dandeep Das, Wu Tong – a player of Chinese musical instruments, and percussionist Mark Suter.