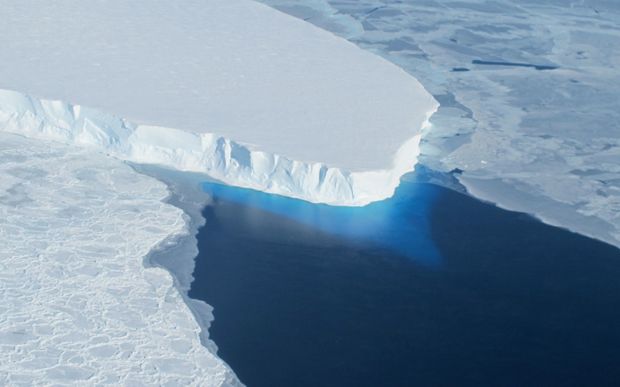 This 2001 work was commissioned jointly by the British Antarctic Survey and the Philharmonia Orchestra to commemorate the writing of 'Sinfonia Antartica' by Vaughan Williams.

In a BBC film, eyes twinkling, Peter Maxwell Davies expresses the hope that his audience won’t find the opening of the Antarctic Symphony too off-putting, since “it is a bit loud” in its attempt to reproduce the impression of the sounds made when the ship first made contact with the ice-shelf, the shards shearing off in all directions like an “aural firework.” In contrast is the rustling, pianissimo avalanche of powdered snow, enveloping the boat as it edges through a narrow channel between lofty cliffs.

Vaughan Williams’ score was concerned with Captain Scott’s uneven struggle for survival when inadequately pitted against the ferocity of the Antarctic environment. Peter Maxwell Davies’ piece raises the threat to a continent that is almost certainly now involved in a battle with mankind for its own survival. At the end of a 40-minute work concerned partly with time, light, shapes, and referenced by a plainsong associated with Pentecost, the music, in its final moments, is stripped of all inessentials. The Antarctic bedrock is laid bare. The ice cap has finally melted. The 21st century world we know will have changed. (Notes: NZSO)