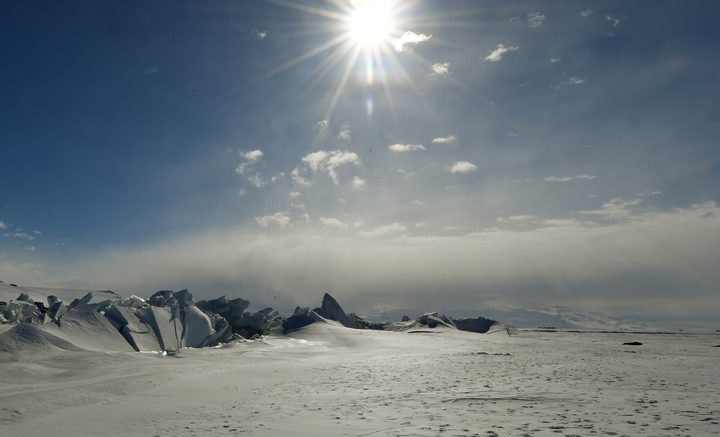 In 2006 Gareth Farr spent two weeks in Antarctica as part of the NZ 'Artists to Antarctica' scheme. Upon returning he approached the NZSO about doing a piece about what he had experienced.
But how do you express a place so profoundly alien in words or music? With long time collaborator Paul Horan, Gareth began to look at accounts of journeys to the Antarctic, especially Captain Scott’s famous diaries. When looking at what has been written by people who have been to the ice, what struck them was that words seemed to fail everyone. We deploy language against it with less effect that anywhere else.

They started off thinking of a narrative from Scott, but conquering the ice is not what brings the continent into our consciousness anymore. So we have Scott as one voice in amongst others – real and imagined.
The effect is not to sum up the continent with a tidy whip-round of themes and history, but to survey the little experience humans have of the place: what drives us to go there, our awe of a place so unkind to visitors, and then how we are changing it. (Notes: NZSO)