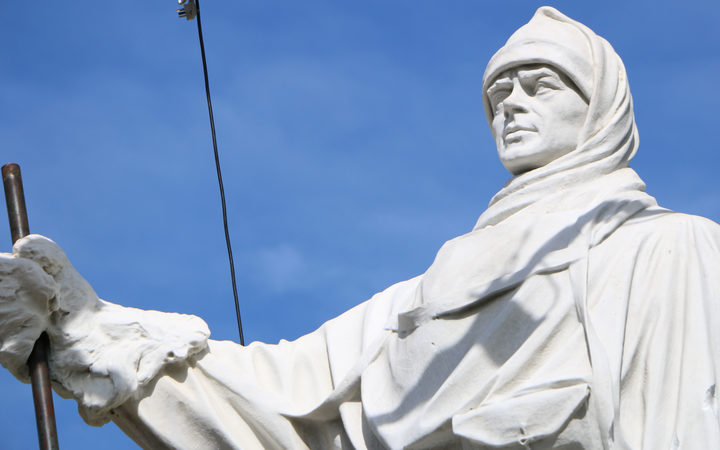 Vaughan Williams was in his late sixties when, in 1940, he began writing film music. By all accounts he relished entering this new world of tight deadlines and sudden directorial reversals. Nevertheless he was at first reluctant when, in 1947, Ealing Film Studios music director Ernest Irving asked him to write music for a film about Scott’s 1910 expedition to the South Pole. But Irving was persuasive, and soon Vaughan Williams’ house was littered with photos of the polar party and books such as Scott expedition member Apsley Cherry-Garrard’s The Worst Journey in the World.

According to his wife Ursula, Vaughan Williams was “stimulated by the challenge to find musical equivalents for the physical sensations of ice, of wind blowing over the great uninhabited desolation, of stubborn and impassable ridges of black and icecovered rock, and to suggest man’s endeavour to overcome the rigours of the bleak land.”

There are six sequences in this suite:

Climbing the Glacier
The music opens with a trudging theme in the strings’ lower register interspersed with warning rumbles from the timpani.
Aurora
A monotonous landscape of hushed strings is hardly cheered by a cold, high woodwind theme until an explosion of sparkling percussion and radiant brass describes the magic of the aurora borealis.
Doom
Vaughan Williams’ snarling brass chorale plays a variant of the music written for the film’s opening credits, while a low bell sounds a warning note.
Blizzard
The wind machine underpins a striding unison brass/string theme representing Scott’s heroic struggle against the elements. The indifferent hostility of the elements answers with the voices of the women’s choir until the music dies out unresolved.
Penguin Dance
A lighter moment on the ice as quacking woodwinds comment on a series of slippery trumpet and trombone solos.
Scott on the Glacier
A solemn brass chorus builds to the heroic 'man against the elements' theme, Scott’s leitmotiv. This music eventually became the opening to the 'Sinfonia Antartica'. (Notes: NZSO)