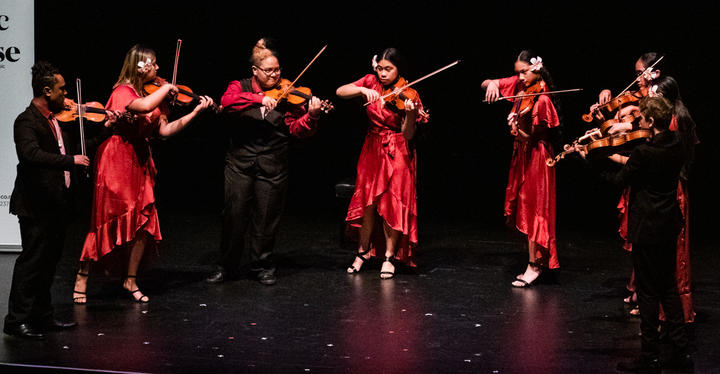 Virtuoso Strings Octet (from Wellington) plays a piece written especially for them by Craig Utting. It’s called Goodnight Kiwi and it was written in memory of Cedric Doak, a delightfully eccentric and kind gentleman who took up the violin in his retirement. Cedric found companionship and a sense of belonging in the Porirua-based Virtuoso Strings Orchestra.

The music consists of variations on the Māori waiata 'Hine e Hine'.

Each variation paints a different picture, using various aspects of the theme. For example, the first movement evokes birds at dawn. The third movement sounds like the wind rushing through branches, with the plink, plonk of rain and hail - and the tune echoing ghostly like the wind through powerlines.

The theme itself only appears in its entirety in the sixth and last variation, reminding us that not only is it “Goodnight Kiwi”, but also: “Goodbye Cedric”. 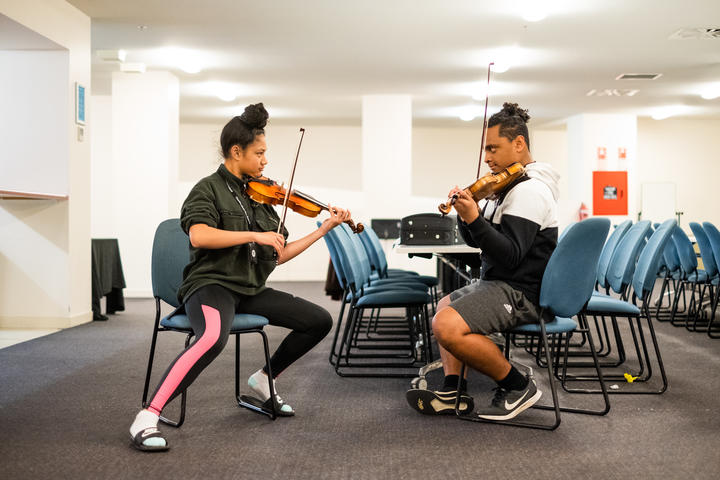