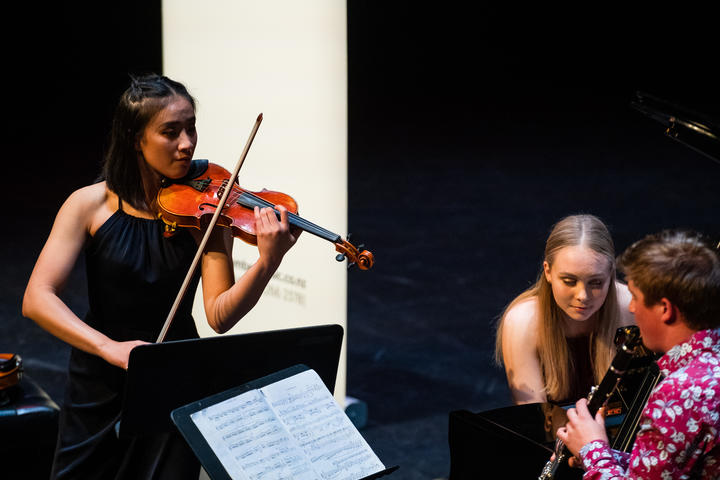 Rerekē is made up of three musicians from Wellington. Their name means "difference" or "contrast" in Te Reo Māori.

Rerekē played the 1st and 3rd movements of Contrasts, a work composed in 1938 by the Hungarian composer Béla Bartók. Violinist Joseph Szigeti initiated this work, asking Bartók for something the two of them could play with the renowned clarinettist Benny Goodman. Szigeti even sent Bartók some of Goodman's jazz trio records to give him an idea of the American’s style.

The first movement is called "Verbunkos", which means "recruiting dance". This kind of dance was performed in 18th-century Hungary when soldiers were being conscripted. Verbunkos style has contrasting slow and fast sections - and when a Verbunkos dance was performed, the leading sergeant would dance to the slow movements with the lower officers joining in for the faster parts, and the youngest soldiers finishing the dance with jumps and spur-clicking.  What a sight that must’ve been - and what a job interview!

Rerekē aren’t planning any dance moves in their performance, but you will hear them show off their musical moves with a couple of cadenzas – one for clarinet in the first movement and the violin in the third movement.