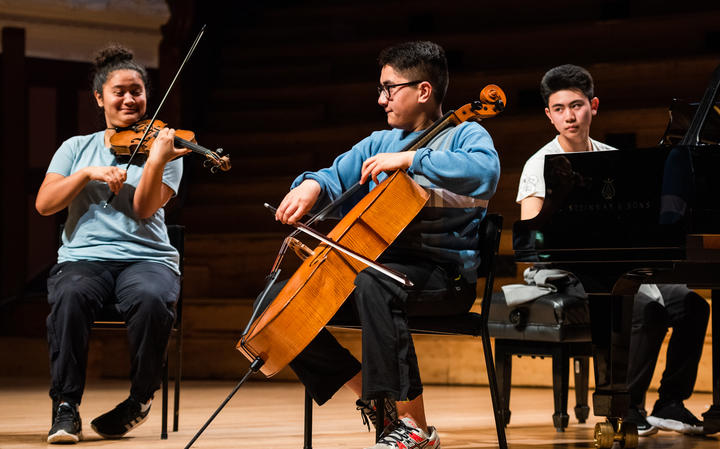 This piece was originally composed in 1998 for The Ogen Trio, whose members were Kiwi, American and Bulgarian musicians.

Farr-Out Trio recognise that fire is associated with dynamism, energy, liveliness, passion, spirit, love, a flame in battles, and a light in the darkness among many other qualities.

The musical worlds change in each of the work’s four movements. The flavour of a French lullaby pours out of the first. An intense and unrelenting second movement harbours overtones of a Russian military factory. The Balinese pop-inspired fourth movement contains numerous gamelan-like effects.