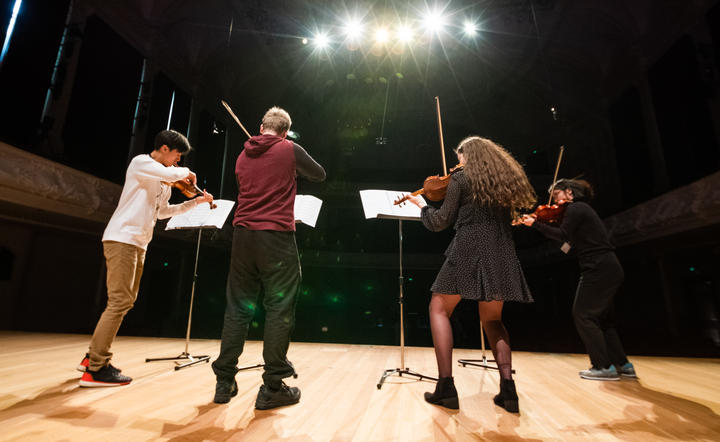 The members of Quartetto Maduro are all music scholarship students from St Andrews College, Canterbury. The group formed in 2018 for the chamber music contest and made the regional finals that year although Samuel Jeon has performed in the contest as a pianist for the last two years.

Grace Lawrence is a member of the New Zealand Secondary Schools’ Symphony Orchestra and Victoria Lee is the concertmaster of that orchestra while Callum Hampton recently gained his ATCL diploma.

Isaac’s piece is called Real Mature and although it’s only a few performances old, it’s already receiving many positive comments for its exciting technical demands and musical vitality.

It’s always a challenge learning a brand-new work with nothing to rely on as a benchmark but Quartetto Maduro would like to acknowledge the many hours of coaching they have received from Isaac, Jennie Goldstein, Mark Menzies, and Mark Hodgkinson.