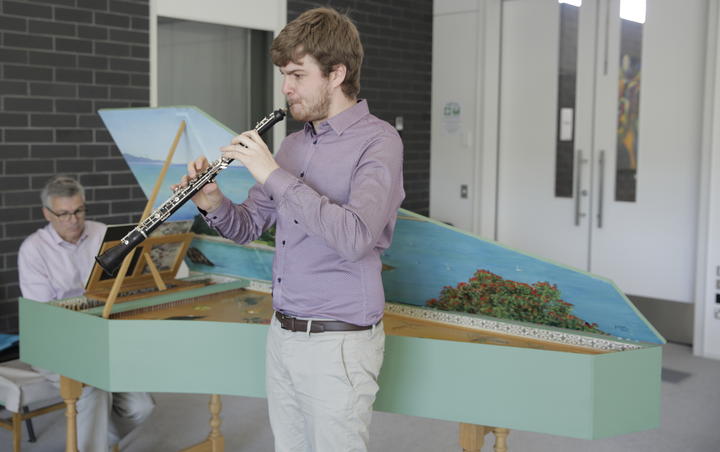 Johann Sebastian Bach (1685-1750) is known as one of the greatest composers of all time but during his lifetime he was better known as a virtuoso organist. He was a member of a musically remarkable family and never left Germany. Like Mozart, Bach was the youngest of his siblings. After the death of both of his parents (by the time he was ten), he was looked after by his eldest brother JC Bach.

In the course of his lifetime, while juggling a succession of church jobs and his 20 children (though most did not survive to adulthood), Bach also managed to write over 1000 compositions.

This sonata BWV1030b comes in between two for flute and keyboard and while the solo instrument was not specified, it is often played on the oboe or viola da gamba today.