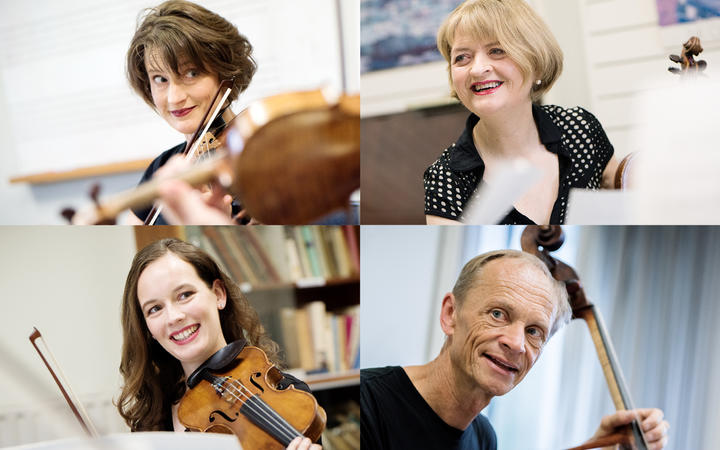 Ludwig van Beethoven revolutionised the string quartet form through the various stages of his life.

This is the first of his so-called 'middle period' quartets – the Op 59 'Razumovsky Quartets', known for their greater length and technical difficulty.

When a violinist, struggling with the challenge of these quartets complained to Beethoven that they weren’t music, Beethoven promptly told him, “Oh, they are not for you, but for a later age”.

To satisfy a whim of his patron Count Razumovsky, Beethoven included a Russian theme in the final movement but he does so with a twist. He takes a sad, patriotic Russian theme, speeds it up and makes it fun. Beethoven had a conflicted relationship with the nobility. While he needed the money that came with this class of people, he also valued his own artistic licence and resented interference.