SMETANA: String Quartet No 1 in E minor, From my life 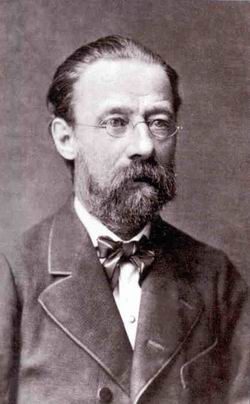 Bohemian composer Bedrich Smetana told a close friend that he wrote this quartet as “a remembrance of my life and the catastrophe of complete deafness.”

The onset of deafness came rapidly over just a few months in 1874. What began as extraneous noises in his ears soon became a permanent buzzing and then total loss of hearing. This sudden deafness was tragic and live-changing for Smetana. He was forced to resign from his position a the Czech Theatre in Prague, but his creative energies remained unabated and he was still able to compose.

In October 1876 he began writing this first string quartet. His intention was to paint a 'tone picture' of his life. Fond memories of life and love, dancing and romantic yearning are contrasted with feelings of painful regret. Suddenly a shrill high E on the first violin reminds us of Smetana's deafness and the quartet ends on a note of resignation.