“One of my greatest experiences! Lord God, that beauty!" ~ Sibelius inspired by the sight of a flight of swans crossing the sky.

Performed by the Auckland Philharmonia Orchestra, conducted by Daniel Blendulf. 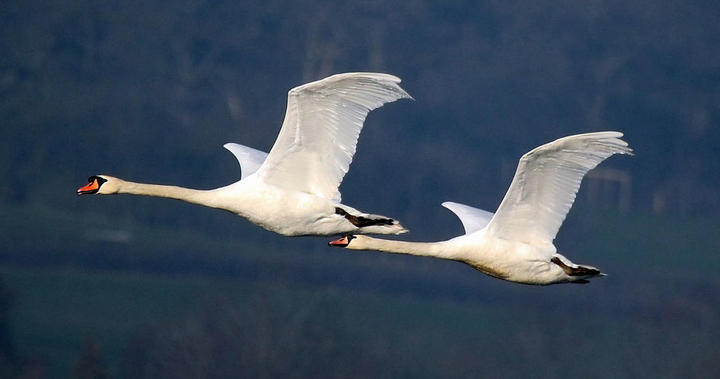 The symphony started life as a four-movement work, but he later revised it by splicing the first two movements into one.

It’s not the easiest symphony to follow, because Sibelius departs from the usual methodical development of his ideas. Instead, the principal musical themes rotate around again and again, each time being transformed in ways both small and large. The second movement introduces a theme that Sibelius called his “swan hymn”, inspired by the beautiful sight of sixteen swans flying in formation over his house.

A magnificently transformed version of this theme forms the majestic and imposing climax at the end of the symphony.

Sibelius, on seeing the flight of swans: “One of my greatest experiences! Lord God, that beauty! They circled over me for a long time. Disappeared into the solar haze like a gleaming, silver ribbon. . . . The swans are always in my thoughts and give splendour to [my] life. [It’s] strange to learn that nothing in the whole world affects me—nothing in art, literature, or music—in the same way as do these swans”.

Sibelius himself conducted the premiere of the Symphony in Helsinki on his 50th birthday, 8 December 1915.