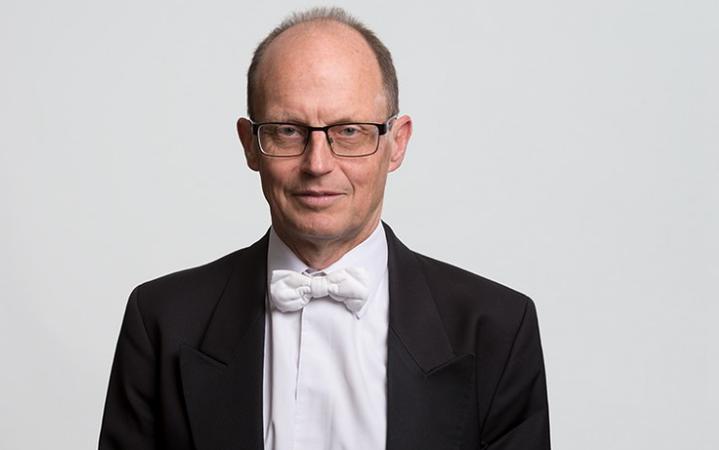 Saint-Saëns composed this one-movement work for harp and violin in 1907. The 72-year-old had been visiting Monte Carlo then stopped to stayed at the town of Bordighera on the Italian River. He dedicated the piece to the Eissler sisters – Clara Eissler played the harp and her sister Marianne the violin. This is the second of three major works for harp that Saint-Saëns would compose in his life.

Though Saint-Saëns was a conservative, formal composer this work has a relaxed feel, being in one movement with seven sections. Rather than a solo piece for violin with a piano-like accompaniment, the Fantaisie is a virtuoso piece for both players.

In 1907, Debussy, Ravel, Stravinsky and Schoenberg were all actively composing, so in comparison, Saint- Saëns can be seen as quite old-fashioned. However, a year after he wrote this piece, he become the first major composer to compose a film score.

Recorded at a Wellington Chamber Music Trust concert, 16 September 2018 at St. Andrew's on The Terrace, Wellington by RNZ Concert