Sama (Arabic for ‘listening’) is a Sufi ceremony that includes elements of ritual, singing, dancing, poetry and prayers. 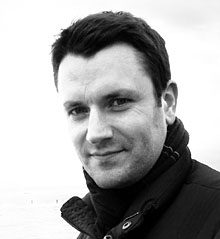 The famous whirling dervishes have a version of this ecstatic devotional dance where they keep their left foot anchored to the ground and one palm always gesturing earthwards while the other hand is raised up to face the expanse of the universe.

Their spinning trance acts as a conduit between the two realms.

This concerto tries to capture this sense.