RAVEL: Piano Trio in A minor 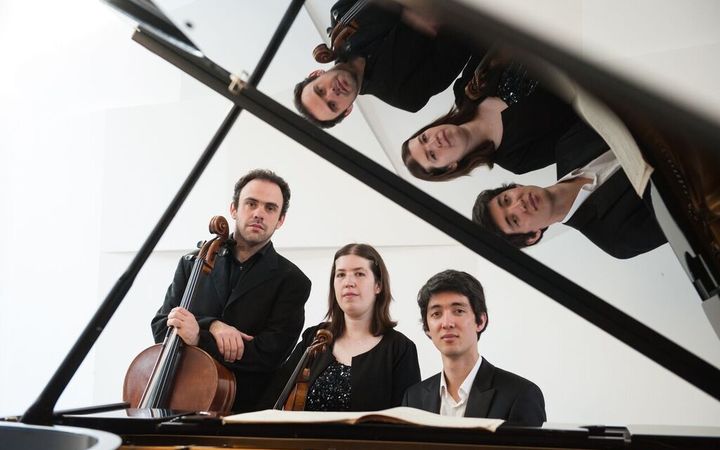 Ravel's Piano Trio dates from the spring and summer of 1914, during which time the First World War broke out.

Ravel had been exempted from military service earlier on account of his weak constitution, but he volunteered once again and hurried to complete the Trio which he knew could well become his 'opus posthumous'.

In July he wrote to a friend, " Although the weather's been good, for three weeks now the Trio's been getting nowhere and I've been disgusted with it. But today I realised that it's not as horrible as all that ... and the engine's turning over again."

New Zealander Jun Bouterey-Ishido will be familiar to audiences from the concert stage and his competition successes, including 1st Prize at the 2008 Kerikeri International Piano Competition. Since then his studies have taken him to the Liszt Academy, Budapest and to Stuttgart, where he graduated with Distinction from the Konzertexamen (Concert Artist) programme, receiving mentoring from Péter Nagy and Kirill Gerstein.