Verdi was at the height of his powers as an operatic composer when, in 1873, he wrote this Requiem. It began as part of a project calling on Italian composers to collaborate on a Requiem for Rossini. The project fell through, but Verdi resumed writing his own Requiem in response to the death of one of his personal heroes, the writer Alessandro Manzoni (1785-1873). 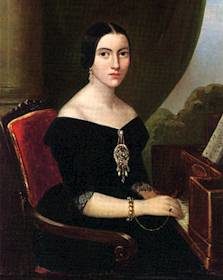 Verdi’s relationship with the church was complex. Coming from a fairly poor family, the church was the means to Verdi’s education and early career in music. But it also tied him, at least temporarily, to life as a village church musician, embroiled in its politics, when he longed to devote himself to the theatre. “Stay away from priests,” he would say afterwards.

Verdi’s long-time companion, the singer Giuseppina Strepponi, said Verdi was, if not an atheist, then certainly not much of a believer. “I go on talking to him about the wonders of the heavens, the earth, the sea, etc. He laughs in my face and freezes me in the midst of my burst of utterly divine enthusiasm, and says ‘you are mad!’”

Verdi’s response to the death of a friend seems much closer to nihilism than piety: “I think that life is the stupidest thing and – worse still – useless. What do we do? What have we done? What will we do? When you get right down to it, the answer is humiliating and very, very sad: Nothing.” 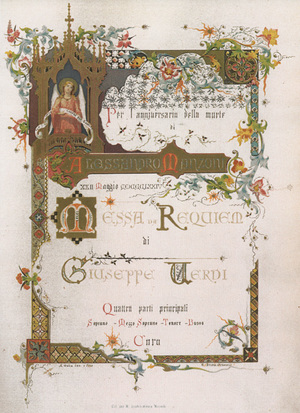 His Requiem is a humanist requiem. It follows the grief, the doubt, and the soul-searching of someone  confronting mortality. It begins and ends with a plea for “requiem aeternam” or eternal rest, but there is no certainty or solace as its very last words fade into silence, “Deliver me, Lord, from eternal death”.

Verdi unleashes an incredible range of emotion in the eighteen segments that make up the Requiem. He sets the Dies Irae to pounding chords and frantic offstage trumpets calling the dead to judgement, while the vocal solos range from tenderness and radiant hope to the deep solemnity of the bass in his lowest register.  The choral writing is masterful, demanding everything from the hushed reverence of their first utterance to the jubilation of the Sanctus. —Programme notes by Erica Challis.

TRANSLATION OF THE LATIN TEXT

I. Requiem and Kyrie

Chorus:
Grant them eternal rest, O Lord;
and may perpetual light shine upon them.

A hymn in Zion befits you, O God,
and a debt will be paid to you in Jerusalem.
Hear my prayer:
all earthly flesh will come to you. 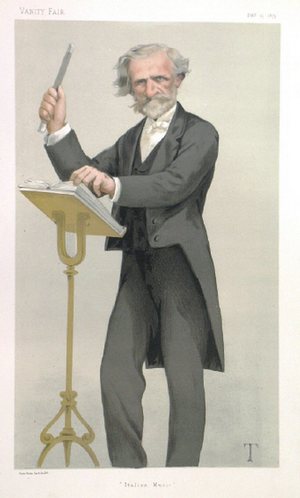 Chorus:
The day of wrath, that day will
dissolve the world in ashes,
as David and the Sibyl prophesied.

How great will be the terror,
when the Judge comes
who will smash everything completely!

The trumpet scattering a marvellous sound
through the tombs of every land,
will gather all before the throne.

Bass:
Death and Nature shall stand amazed,
when all Creation rises again
to answer to the Judge.

Mezzo-soprano and Chorus:
A written book will be brought forth,
which contains everything
for which the world will be judged.

Therefore when the Judge takes His seat,
whatever is hidden will be revealed:
nothing shall remain unavenged.

The day of wrath, that day will
dissolve the world in ashes,
as David and the Sibyl prophesied.

Soprano, Mezzo-soprano and Tenor:
What can a wretch like me say?
Whom shall I ask to intercede for me,
when even the just ones are unsafe?

Solo Quartet and Chorus:
King of dreadful majesty.
who freely saves the redeemed ones,
save me, O font of pity.

Soprano and Mezzo-soprano:
Recall, merciful Jesus,
that I was the reason for your journey:
do not destroy me on that day.

In seeking me, you sat down wearily;
enduring the Cross, you redeemed me:
do not let these pains to have been in vain.

Just Judge of punishment:
give me the gift of redemption
before the day of reckoning.

Tenor:
I groan as a guilty one,
and my face blushes with guilt;
spare the supplicant, O God.

You, who absolved Mary Magdalen,
and heard the prayer of the thief,
have given me hope, as well.

My prayers are not worthy,
but show mercy, O benevolent one,
lest I burn forever in fire.

Give me a place among the sheep,
and separate me from the goats,
placing me on your right hand.

Bass and Chorus:
When the damned are silenced,
and given to the fierce flames,
call me with the blessed ones.

I pray, suppliant and kneeling,
with a heart contrite as ashes:
take my ending into your care.

Chorus:
The day of wrath, that day will
dissolve the world in ashes,
as David and the Sibyl prophesied.

Solo Quartet and Chorus:
That day is one of weeping,
on which shall rise from the ashes
the guilty man, to be judged.
Therefore, spare this one, O God.

Quartet:
O Lord Jesus Christ, King of Glory:
deliver the souls of all the faithful
dead from the pains of hell and from the
deep pit; deliver them from the mouth of the lion;

that hell may not swallow them, and
that they may not fall into darkness.
But may the holy standard-bearer Michael show them the holy light;
which you once promised to Abraham and his descendants.

We offer to you, O Lord, sacrifices and prayers.
Receive them on behalf of those souls whom we commemorate today.
Grant, O Lord, that they might pass from death into that life
which you once promised to Abraham and his descendants.

Deliver the souls of all the faithful dead from the pains of hell;
Grant that they might pass from death into that life.

Mezzo-soprano, Tenor and Bass:
Let eternal light shine upon them, O Lord,
with your saints forever; for you are merciful.

Grant them eternal rest, O Lord, and may perpetual light shine upon them
with your saints forever; for you are merciful.

Soprano and Chorus:
Deliver me, O Lord, from eternal death on that awful day,
when the heavens and the earth shall be moved:
when you will come to judge the world by fire.

I tremble, and I fear the judgment and the wrath to come, when the heavens and the earth shall be moved.
The day of wrath, that day of calamity and misery; a great and bitter day, indeed.

Grant them eternal rest, O Lord, and may perpetual light shine upon them.

Deliver me, Lord, from eternal death on that awful day.

Deliver me, O Lord, when the heavens and the earth shall be moved;
when you will come to judge the world by fire.

Deliver me, Lord, from eternal death on that awful day.
Deliver me.