Rachmaninov’s 'All-Night Vigil', is a reflective and profoundly moving work, motivated by his deep religious faith. 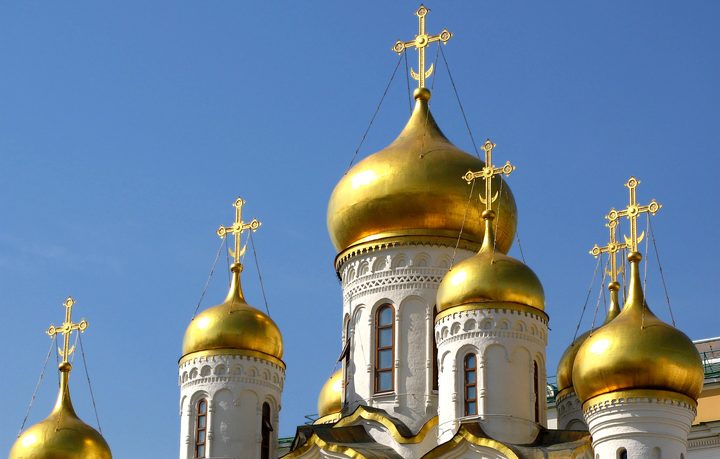 Onion domes of the Cathedral of he Annunciation Photo: Public Domain via Wikimedia Commons

This masterful contribution to Russian Orthodox choral music was written in less than two weeks, early in 1915.

The all-male Moscow Synodal Choir gave the première performance of the Vigil at a benefit concert in Moscow to raise money for the Russian war effort. Both the general public and the critics loved it, and many anticipated a bright future for such liturgical music.

Sadly, this future was soon hampered by the government authorities who condemned religious music. The Moscow Synodal School and its Choir were disbanded and the Vigil remained unrecorded for half a century until 1965.

The Vigil is in two parts – the evening Vespers and the morning Matins. The fifteen movements are based on chants from ancient orthodox traditions as well as some of Rachmaninov’s own.

The movements encompass a huge range of human emotion, from praise and meditation, to penitence and proclamation and are very demanding to sing.

Recorded at St. Mary of the Angels, Wellington by RNZ