A work inspired by sand - the starting point of all glass. 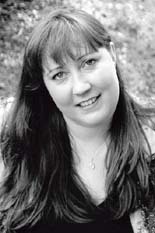 The set of five short pieces called Shifting States was commissioned by NZTrio back in 2005. It’s inspired by an interest of the composer’s in mid-20th century glass-making, and the various changes of state – freezing, melting, vaporization, condensation, and sublimation – essential to the production of glass.

Sabbia ("Sand") is the first movement.