Anthony Ritchie says of the viola: “I like a big warm sound. The thing that attracts me about the viola is that it has a slightly veiled quality that the violin doesn’t have.  It’s more subtle...it can be coquettish and aggressive, too.  It’s got a lot of different characters and I tried to exploit those in the concerto.”

Performed by Robert Ashworth and the Auckland Philharmonia Orchestra, conducted by Giordano Bellincampi 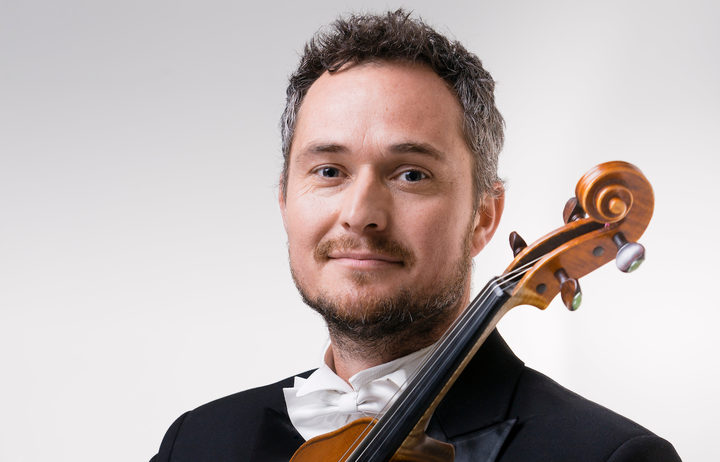 Robert Ashworth, originally from Canada, is the APO’s principal viola. He lives and works on a farm in west Auckland, where he breeds Tennessee walking horses.

This Viola Concerto, composed in 1994 for Donald Maurice, is a personal work that reflects on human relationships. The solo viola assumes various characters and speaks in a natural and uncontrived voice; consequently, there are few instances of virtuosity for its own sake.

Anthony Ritchie wrote the concerto not long after meeting his future wife, Sandy Garner – herself a violist. He says that this personal experience was a starting point for the work.

There are four movements, but the last three are linked together, and near the end there are hints of Gershwin and bluegrass music. He also acknowledges an influence – perhaps subconscious – from the music of Douglas Lilburn in the concerto.