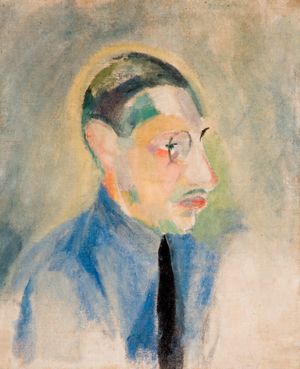 Petrouchka is the Russian version of Pierrot. Stravinsky already had ideas for an orchestral piece on the story and it was Diaghilev who suggested a ballet. Together with the choreographer Fokine, the designer Benois and a stellar cast of dancers, they developed what has become one of the most successful ballets ever.

Setting it at a traditional Shrovetide Fair, perfectly suited Stravinsky's talent for orchestral colour and drama to describe the chaos and brilliance of the scenario. A magician showman at the fair appears to bring his three puppets to life: Petrouchka, a Ballerina and a Moor.

The ballet was first performed by Sergei Diaghilev's 'Ballets Russes' at the Théâtre du Châtelet in Paris on 13 June 1911.