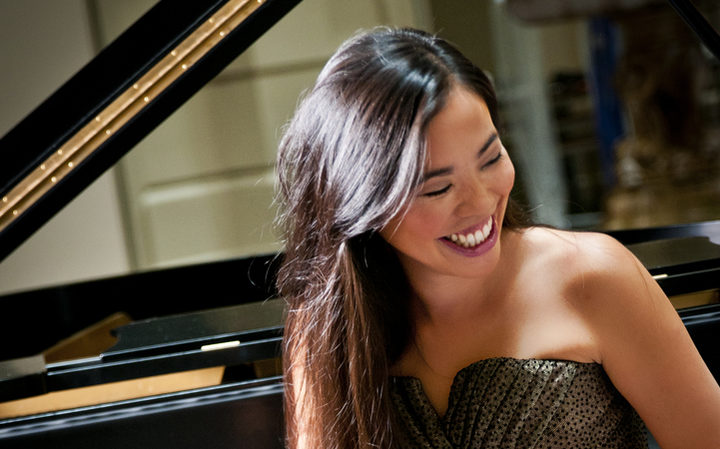 In an age when there was no such thing as copyright, Mozart sometimes had trouble with his copyists, who’d make duplicate copies of his new works and make money from pirated performances.

In 1784, when he was 32, Mozart wrote a letter to his father saying “I’ve sent four concertos by the mail-coach today…I would ask you to have the four concertos copied out at home, for the copyists in Salzburg are no more to be trusted than their colleagues in Vienna. Since no-one is in possession of these new concertos except for myself, they could only come into someone else’s hands as a result of such fraud. Personally, I have everything copied out in my own rooms under my supervision.”

One of these four concertos was the Piano Concerto in G.

He wrote 27 Piano Concertos and this one, number 17, is one of the more substantial and significant of them.  In particular, the orchestra has a full and independent role, far more than a mere backing group. There are three movements:  an opening Allegro;  a very beautiful and serene Andante, which is really a Romance, full of unexpected and surprising turns; and a joyful set of variations on a perky tune that may remind us of Papageno in the Marriage of Figaro.