For the 250th anniversary of Captain Cook’s voyage of discovery the NZSO commissioned a series of works by New Zealand composers. 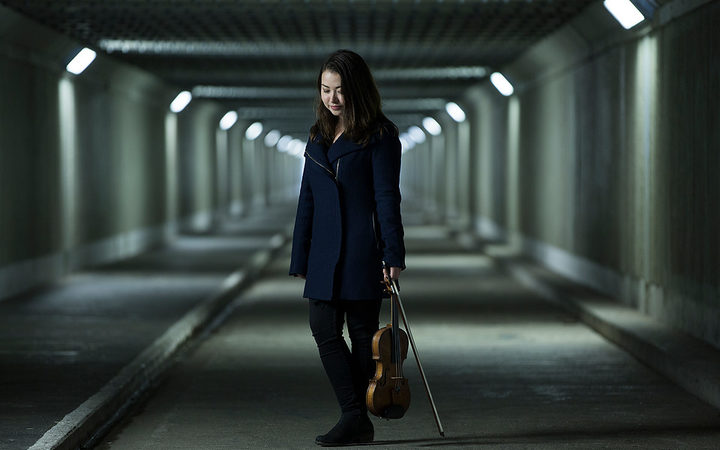 These new works are presented as part of the national commemorations centred around the four landfall sites: Gisborne, Mercury Bay, Bay of Islands, and Marlborough. Each place James Cook and his Endeavour crew came ashore marks an important encounter with local Māori.

The landfall commissions each take as their foundation one of these significant events or figures that shaped the passage of New Zealand’s history.

Salina Fisher’s 'Tupaia' is the first.

“British explorer James Cook’s first voyage to the Pacific (The Endeavour, 1769) had dual purposes. Firstly, to observe the transit of Venus across the sun as seen from Tahiti, and secondly, to find evidence of the great southern continent Terra Australis Incognita. During their time in Tahiti, the Endeavour crew became acquainted with Tupaia, a master Polynesian navigator and arioi (Tahitian priest). Tupaia had an extraordinary geographical knowledge of the Pacific Islands, and was highly skilled in traditional navigation based on the sea, swells, currents, winds, and stars.

At the insistence of Joseph Banks, a British naturalist, Tupaia joined the Endeavour voyage and played a vital role upon their landing in New Zealand, particularly in his ability to communicate with Māori due to similarities between Polynesian languages.

On board the Endeavour, Tupaia transcribed his extensive memorised geography of the Pacific using newly acquired cartographical skills. Although this surviving Chart of Islands has the appearance of a Western map, the positions of the 74 islands are based on a series of Polynesian island compasses relative to a central island (Tupaia’s home, Ra’iatea), rather than cardinal points; with distances based on sailing durations.

This fascinating record of cultural and navigational interaction inspired my compositional process, particularly in terms of the concept of notation as ‘mapping’ or ‘transcription of space’. My work, Tupaia, also draws inspiration from the idea of celestial navigation: the constant and gradual shift in perspective necessary to perceive the ‘rise and fall’ of stars, and ultimately to move forward.” ~ Salina Fisher 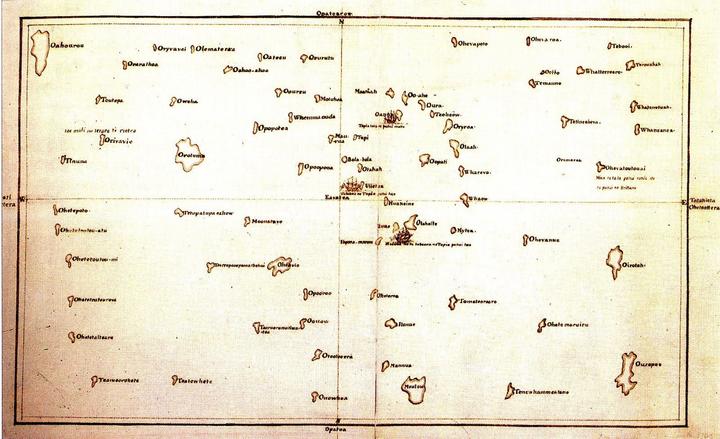