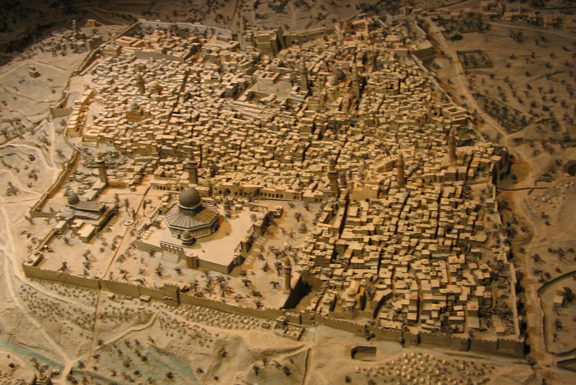 John Mundy (before 1555-1630) was the son and pupil of the better known Tudor composer William Mundy, and served as an organist at Eton College, St George’s Chapel, Windsor, and Westminster Abbey.

“From his setting of this astonishing text you might imagine that he also held to the Catholic faith during the turbulent Elizabethan period. In order to place this motet into the Lamentations genre, Mundy simply added the standard introduction and Hebrew letters (‘Daleth’, ‘Lamed’), when in actual fact the text only briefly quotes from the Lamentations text (“all her gates are ruined...and she is overwhelmed with bitterness”). The beautifully crafted ‘Hebrew letter’ sections feature much use of the ‘English cadence’, a distinctive dissonance of the flattened and raised seventh.” - Michael Stewart