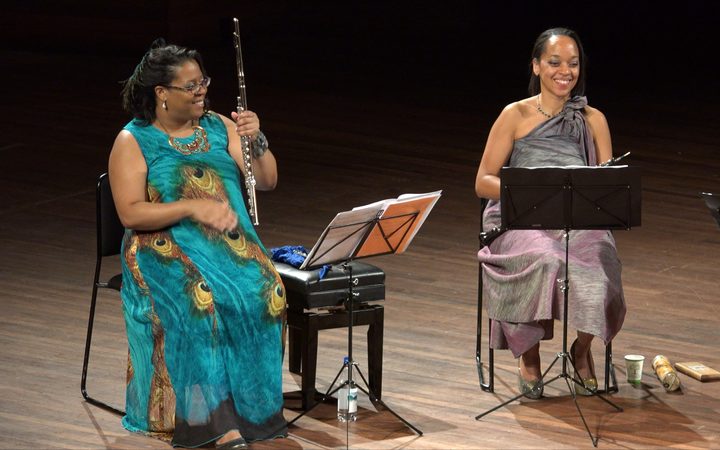 Scheherazade is a character from The Arabian Nights, a collection of folk-tales from the Middle East, West and South Asia. She was the 100th wife of a Persian King who beheaded each new wife the day after he married them. Scheherazade volunteered to spend the night with this King and as she was a master story-teller, kept him enraptured with her tales for an entire evening. The King kept her alive for another day to hear more of her tales, and did this again and again for 1000 nights. By the end of that time the King had genuinely fallen in love with Scheherazade, married her, and they lived out the rest of their days together.

This arrangement of Rimsky-Korsakov's symphonic poem was made especially for Imani Winds in 2013 by Jonathan Russell.