MAHLER: Symphony No 1 in D, Titan 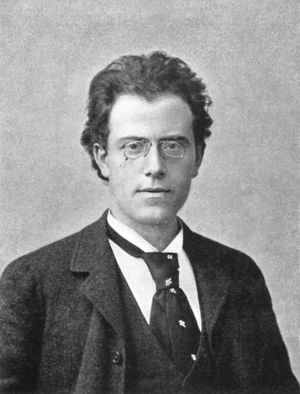 Mahler's four movement 'Symphony No 1' has been controversial from its beginnings, often criticised for its uneasy mixture of styles. There are many varied influences and allusions found in his scores. These musical complexities came from a rich array of life experiences that are often reflected in his music.

Mahler began his first symphony while still in his 20's and aching with the pangs of unrequited love. His adoration of the soprano Johann Richter directly inspired his 'Wayfarer Songs' and we also hear fragments of these throughout this symphony. Mahler also references café songs, military fanfares, incidental theatre music, a nursery rhyme, bird songs, Beethoven, a 19th century woodcut - essentially everything including the kitchen sink.

The entire work is a distinctly modernist collage of sounds and experiences. To top it off he called it 'Titan' after a 19th century German novel by Jean Paul.

NZSO Music Director Edo de Waart calls it “A wonderful piece… brimming with ideas and youthful energy... a delight to conduct” and he mentions his colleague Bernard Haitink who felt that this was one of the most difficult of Mahler’s symphonies because: “the genius is there, but it is not totally formed yet – and the piece is searching a lot.”

Nevertheless Mahler's 'Symphony No 1' is now an audience favourite.