BERG: Violin Concerto, To the Memory of An Angel 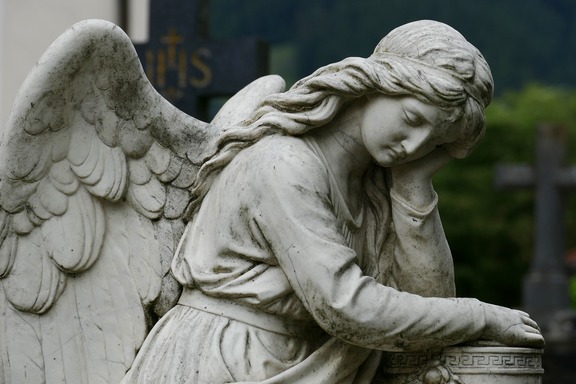 Berg's 'Violin Concerto' began as a commission by American violinist Louis Krasner that the composer wasn’t quite so sure about undertaking. He thought Krasner wanted a virtuosic showpiece and remarked “You know, that is not my kind of music.” But Krasner insisted arguing:

“Think of what it would mean for the whole Schoenberg movement if a new Alban Berg violin Concerto should succeed in demolishing the antagonism of the cerebral, no emotion cliché”.

That, and the fact that the rise of the Nazi party and consequent rejection of Berg’s works meant financially the composer needed a commission were enough to convince Berg; and he put aside his opera 'Lulu' to work on the Violin Concerto.

The concerto has the sub title 'To the Memory of an Angel'. Not long after Berg began writing it, he heard that Alma Mahler’s daughter with the architect Walter Gropius had died of polio aged 18. Berg was close to Alma Mahler and to her daughter whom Alma described as: “the most beautiful human being in every sense. She combined all our good qualities. I have never known such a divine capacity for love, such creative power to express and to live it.”

Berg asked Alma if he could dedicate his new violin concerto to Manon —”to the memory of an angel,” Alma agreed and he began to write at a furious pace saying: “I have never worked harder in my life, and, what’s more, the work gave me increasing pleasure.”

Berg’s wife Helene guessed that in some sense, the music for Manon was to be Berg’s own requiem, too. She begged him to slow his uncharacteristically hectic pace, but he replied, “I cannot stop - I do not have time.”

The Violin Concerto was the last work Berg completed, and one he didn’t live to hear performed. His health had been poor for some time and after a wasp sting turned into a painful abscess Berg died on 24 December 1935.

Arrangements were made at once for the premiere of the Violin Concerto the following spring at International Society for Contemporary Music Festival in Barcelona. Louis Krasner was the soloist.