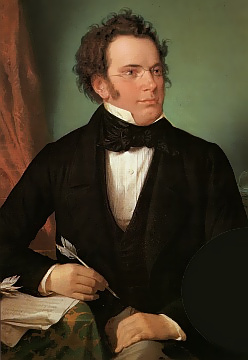 While Franz Schubert (1797–1828) was still a teenager he composed some twenty string quartets in a prodigious musical outpouring. Some are lost, and several are fragments, but a dozen or so are largely complete. Then in 1820, after a gap of four years, Schubert returned to the string quartet genre with a work that stands in marked contrast to these youthful quartets.

This new quartet, the first of Schubert’s mature style, was planned as a major work in four movements. However, for reasons which are unknown, Schubert completed only the opening movement and the first forty bars of a slow movement. The work was abandoned and Schubert went on with other compositions, leaving the C minor quartet unfinished at the time of his tragically early death.

The one completed movement is, nevertheless, one of Schubert’s towering achievements, displaying a dramatic and structural sophistication which renders it virtually self-sufficient.

Recorded in the Hunter Council Chamber, Wellington in August 2016 by RNZ