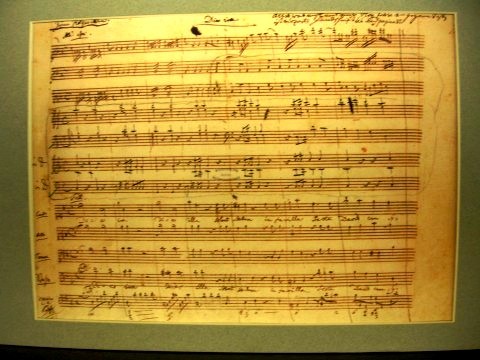 This work was commissioned anonymously in July 1791, by Count Franz von Walsegg in memory of his wife.

Being busy with several other works including two operas and the clarinet concerto, Mozart only began seriously working on it in October, two months before his death in early December.

He was composing the Requiem until his last days, leaving it with the 'Introit' finished and the other movements largely sketched out. It was completed by his pupil Süssmayr.

The Requiem contains some of Mozart's most glorious music.