Brass Poppies is a chamber opera from the productive partnership between composer Ross Harris and librettist Vincent O'Sullivan. It focuses on the disastrous Gallipoli campaign and the fate of the Wellington Regiment at Chunuk Bair. But it's also the human story Harris and O'Sullivan tell: by giving a voice to the women and families left behind, Brass Poppies becomes a lament for lost and damaged lives.

This performance, presented by Tim Dodd, with the score performed by a chamber ensemble conducted by Hamish McKeich and commentary from the composer and librettist was recorded in Auckland's Mercury Theatre as part of Auckland Arts Festival. 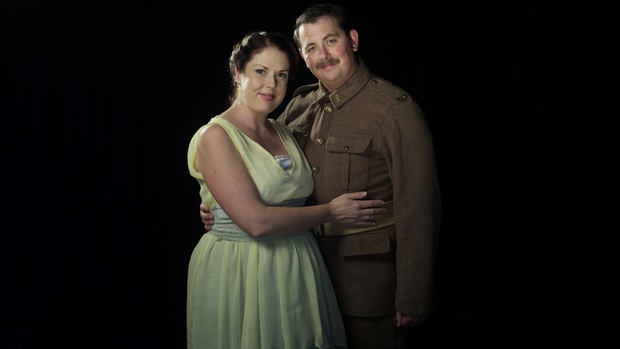