Celebrating its 50 years, the National Youth Orchestra of Germany presents a visionary century-old piece by Edgard Varèse and Richard Strauss's musical metaphor for climbing to the summit – both works befitting this energetic group and the occasion. 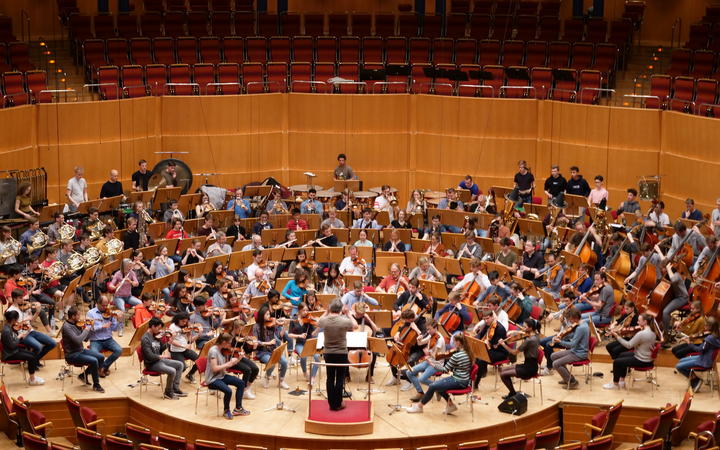 The stage of the Cologne Philharmonie is spacious but for this concert, it's filled to nearly bursting capacity, with 175 musicians onstage: a hundred five of them current members of the National Youth Orchestra of Germany, all ages fourteen to nineteen, and the other seventy are former members, estimated ages twenty to seventy-five.

RABIH ABU KHALIL: Once upon a Dervish;