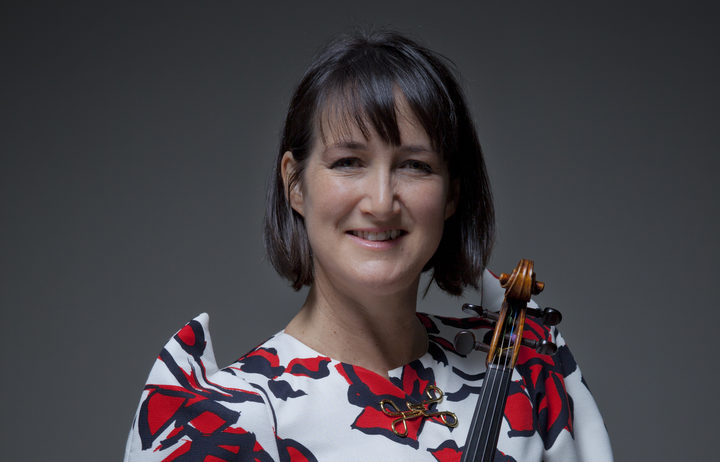 This concert by NZTrio from their Loft Series at Q Theatre was the final concert for the founding member violinist, Justine Cormack before her retirement from the group.

Frank Bridge wrote his Phantasie for piano trio for the Cobbett Prize in 1907. Walter Willson Cobbett had set up the prize a couple of years earlier to stimulate the composition of shorter chamber music works in Britain. The inspiration for the works was to be the 'Phantasy' based on the old viol consorts of Purcell and Byrd.

Bridge, who was 28 at the time, won the prize and this set him off on his composing career.

Chris Gendall writes of Dulcet Tones: “The initial harmonic material for this work was derived from spectral analyses of tuning fork strokes. This small device enables me to realise pitches (internally) while working on a score, and its subtle tone is audible only in close proximity to my ear. I was drawn to this sense of interiority, and to the interesting shifts of timbre between the tuning fork’s attack and resonance.

The title refers both to this sweetness of tone colour, and tangentially to the dulcitone: a Nineteenth-Century keyboard instrument comprised of tuning forks struck by hammers – a precursor to the Fender Rhodes. Dulcet Tones was composed for NZTrio, in whose collaboration I find continual inspiration.”

Shen Nalin was commissioned to write Meng Yuan by Jack Body in 2012. The original work was composed for guzheng, violin, cello & piano in 2014 and premiered on 17 December 2015 in a special concert “Body Music 2015 – Jack Body Cross-Cultural Music Conference” at the Zhejiang Conservatory of Music, China. The second version for piano trio alone was composed in January 2016 and is dedicated to NZTrio.

Shen writes: “The title of the piece, ‘Meng Yuan’, suggests a faraway place, near the end of the earth, in my memory, a place of legend. I felt that this is where the story comes from.”