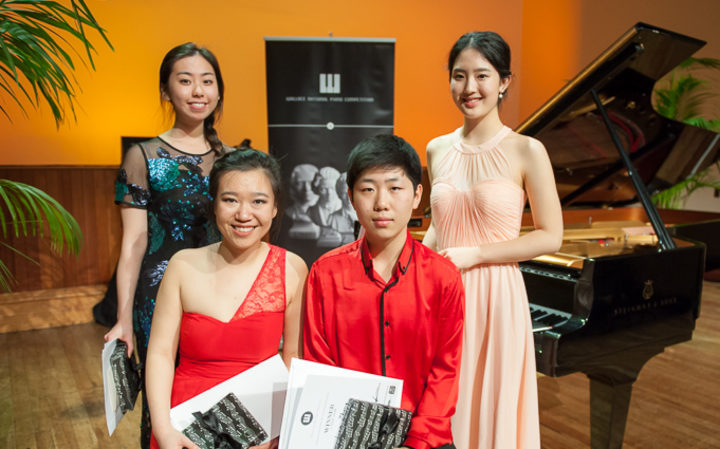 Selected performances from the final of the 2017 Wallace National Piano Competition held in Auckland.

We heard 15 competitors in the semi-finals and now that's been reduced down to four finalists: Modi Deng, Siyu Sun, Lixin Zhang, and Marianna Kang.

After having to play two 30-minute recitals in the semi-final rounds, the finalists had to play a 45-minute recital and at least 15 minutes-worth of that must be of works not played previously.

The semi-finals were held at Auckland University Music Theatre, but for the final, they moved to the Concert Chamber at Auckland Town Hall.