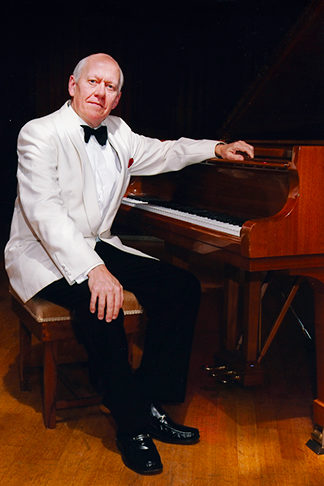 Philip Fowke has an impressive and illustrious career of over 40 years. He’s a very engaging pianist and he’s often been labelled as a showman. Not a label that he’s entirely comfortable with however, feeling that of course it describes only a part of what he does.

In fact, he said in a 2013 interview with Melanie Spanswick, “I have had a rather ambivalent attitude toward performing over the years. I find, the thing about performing, which [..] I […] can find quite hard, is the balance between doing something which is so intensely private in public. And I think that’s what I have found problematic at various times of my life. You’re on stage and you’re sharing something immensely private.”

But share it he does. We get some of the affable showman especially in the second half of this concert when he presents “The Art of the Encore” – his own collection of encore-type works which have been associated with some of the great pianists of the past. The first half is devoted to Chopin.

The works in "The Art of the Encore":