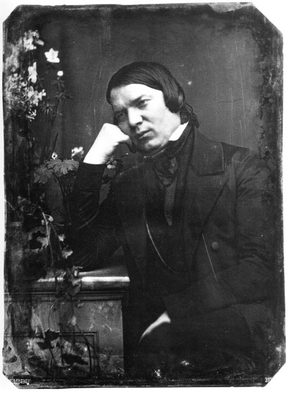 Also on the programme, Brahms' A Tragic Overture and two works by American composer Samuel Barber; his famous Adagio for Strings (used in the Oliver Stone film Platoon and at Princess Diana's funeral) and his Symphony No 1, an overlooked work performed in one, continuous movement.

Composer Robert Schumann suffered from a life long mental illness, which meant recurring psychotic episodes and a failed suicide attempt (he threw himself into the Rhine river believing he was being chased by devils) after which he spent his remaining years in an asylum.